What have you been searching for all year long? Money? A new job? Love?!

If you’re one of our Nigerian readers and you said yes to any of these questions, we’re here to prove you wrong. And we have receipts too.

Still interested in what captured the attention of Nigerians in the first half of the year? Here’s a chart courtesy of the Google Africa team. 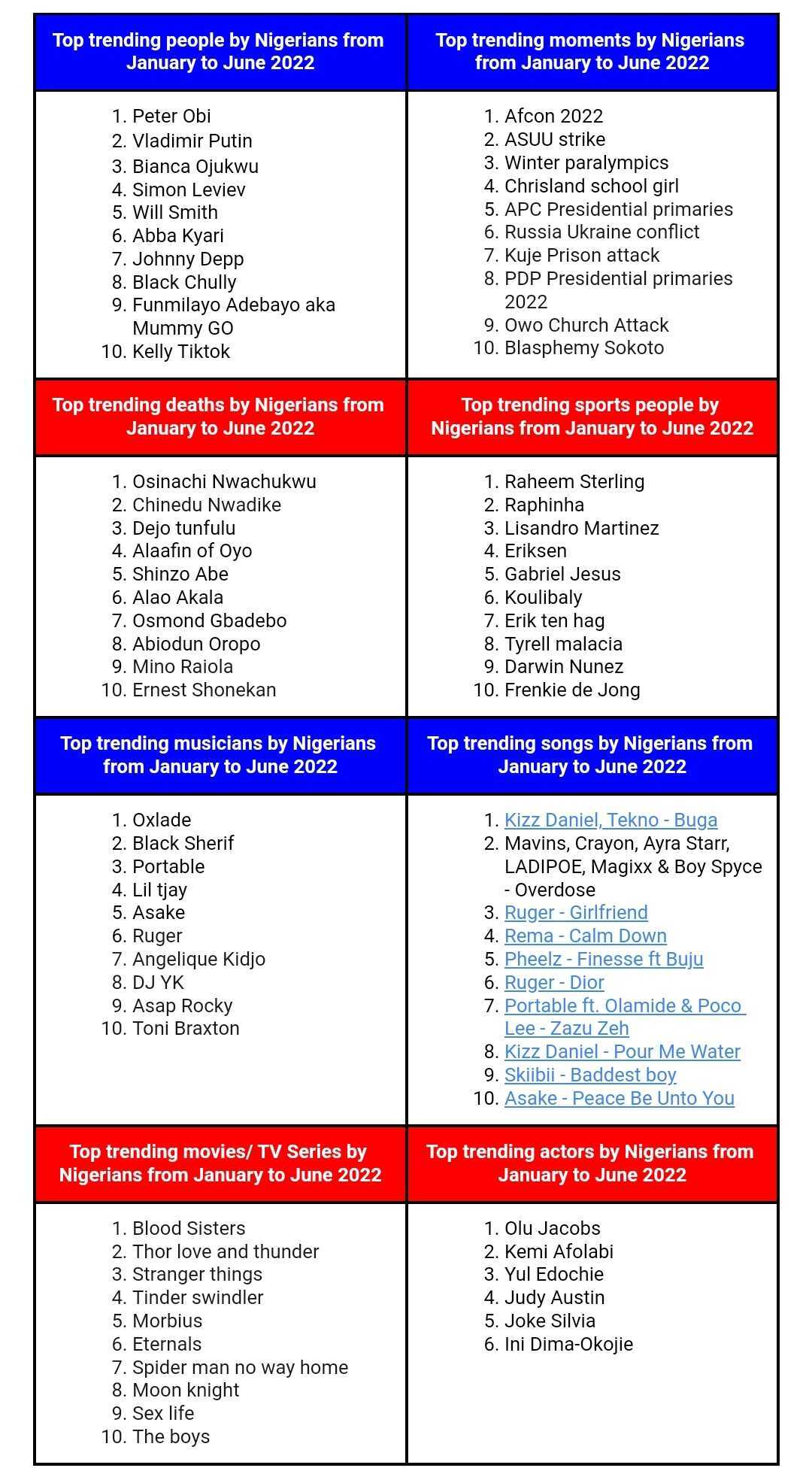 One of the oldest churches in Nigeria, the Evangelical Church Winning All (ECWA), is jumping on the crypto train.

Late last week, the church announced a partnership with Bitnob that will see the church accept donations in bitcoin.

Like many other organisations, ECWA’s reserves have suffered as the naira currency declined from ₦506/dollar rate in July 2021, to the ₦670/dollar rate it is today.

The church plans to preserve its purchasing power from further decline with bitcoin. It also means ECWA can receive more donations from anywhere in the world.

ECWA isn’t the first church to accept crypto though. The first was the Church of St John the Evangelist in the US in 2013. 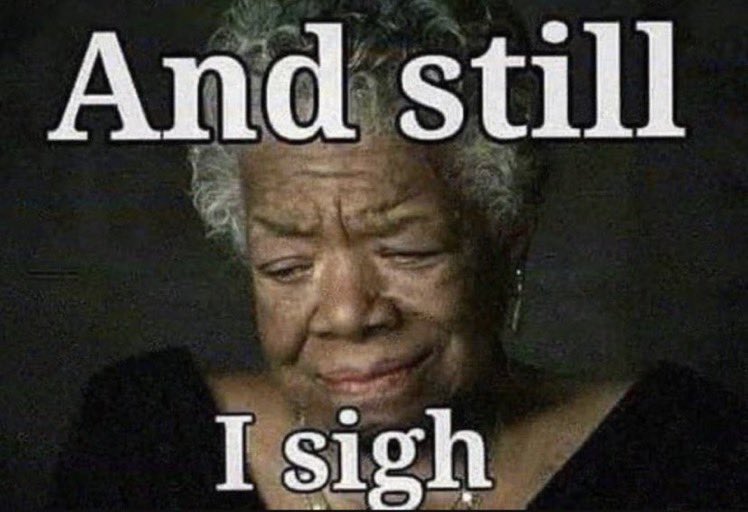 E-commerce giant Amazon is reportedly growing tired with delays to the completion of the R4.6 billion multi-purpose complex in Cape Town.

Further delays could see Amazon terminating the developer agreement, which would force the developer to scrap the entire project.

According to MyBroadband, in March 2022, the Western Cape High Court ordered all work at the construction site be stopped because the developer Liesbeek Leisure Property Trust (LLPT) had not conducted meaningful consultation with impacted First Nations people, who regard the development area as sacred land.

The developer subsequently applied for leave to appeal, but the High Court dismissed the application in a May 2022 ruling, and according to the Sunday Times the developer this week filed an affidavit with the Supreme Court of Appeal (SCA) to overturn the order.

The threat of project termination

According to the LLPT affidavit, further delays could push the work back between 12 to 24 months which would likely lead to the Amazon Development Centre (ADC) terminating both the developer and lease agreements.

The affidavit further states that failure by the LLPT to complete construction and lease commencement by the agreed-upon dates could result in a delay penalty fee of R450,000 payable to Amazon per day that the project is behind schedule.

LLPT claims that the Goringhaicona Khoi Khoin Traditional Council (GKKTC) and Observatory Civic Association have no legitimate claim over the intangible heritage of the broader Two Rivers area in which the River Club development was built and also that they also have no standing within the First Nations community.

It also maintains the opponents had failed to demonstrate any intangible cultural heritage resource that decision makers in the development’s approval had not identified and assessed and that they failed to show the inadequacy of the wide-ranging protection mechanisms included in the respective conditions of approval.

Zoom out: The development, which LLPT claims will create over 6,000 direct jobs and 19,000 indirect jobs, has also received the backing of the City of Cape Town and the Western Cape provincial government, both of which are applying to the SCA for leave to appeal the halting of construction.

This year, there’s been a notable trend of African startups expanding off the continent.

First was MFS Africa expanding to the UK, then Kora, a Nigerian payment infrastructure, launching a UK office.

And now Moove, a Nigeria-based mobility financing startup, has announced its launch in India. In a partnership with Uber India, Moove is now available in Bangalore, Hyderabad, and Banglore where it’ll continue its mission of helping drivers buy cars using a percentage of the money they earn from ride-hailing.

That’s not all, Moove and Uber also have plans to launch 5,000 electric and compressed natural gas (CNG) vehicles within the first year of their partnership, and scale to 30,000 within 5 years.

Startups may be tightening their purses as funding slows, but Moove has been on full speed all year.

In February, it raised $10 million in debt financing, and less than a month later, in March, it announced a $105 million mega funding raise. Just last month, it received a $20 million investment in debt funding from the British International Investment (BII), the UK government’s Development Finance Institution (DFI).

With its $105 million funding in March, the startup announced its plans for global expansion to 7 new markets across Asia, the Middle East and North Africa (MENA).

Including India, Moove is now available in 9 countries—6 African countries, 2 Asian ones, and the UK.

Zooming out off: Moove’s plans to provide cars to Indian drivers is super important as the country has low vehicle ownership: only 1 in 12 households own a car. Its plan to make 60% of all its vehicles electric or CNG-based also matches India’s ambitions to reduce its harmful emissions by 45% by 2030. Looks like a win-win for everybody. 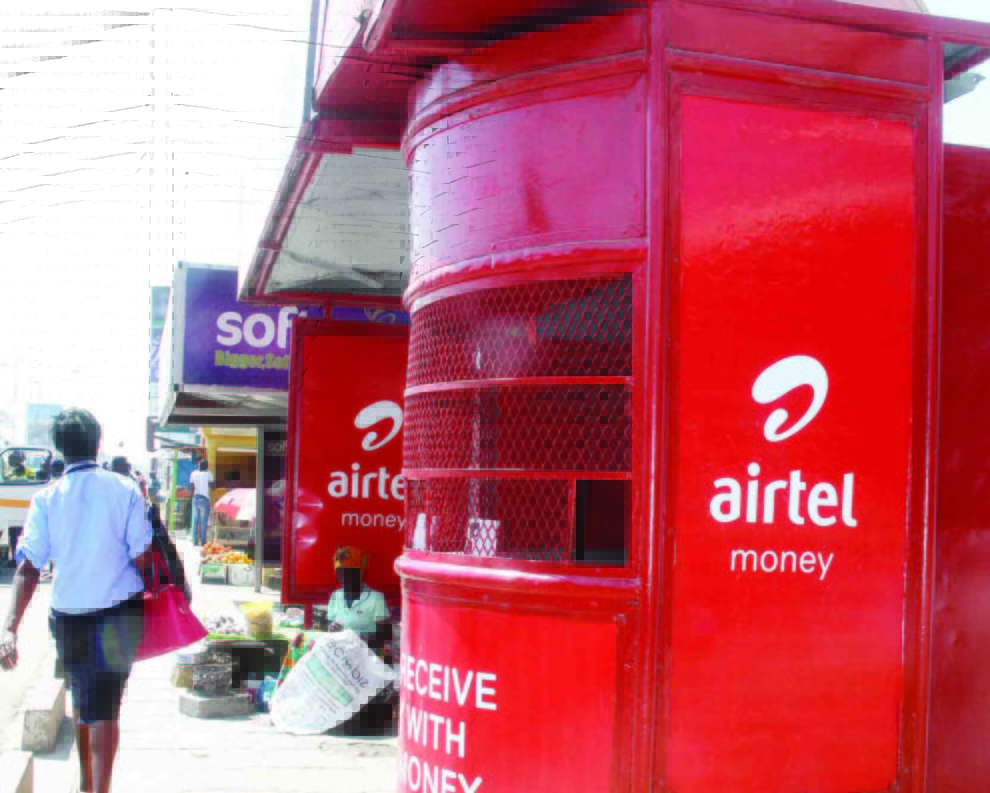 The rest of the world may be bothered with 5G adoption and its potential harm to the environment, but African providers are still hard at work making sure there’s 4G coverage everywhere.

Less than 30% of mobile connections on the continent are 4G while most are still on the 2G/3G spectrum. Airtel Africa has been ramping up its plans to give more of its users across central and east Africa access to the 4G network.

In Kenya, the telco recently spent $40 million to purchase a 15-year license for an additional 60 MHz of spectrum on the 2600 MHz band.

In the Democratic Republic of Congo (DRC), in July, the telco also recently spent $42 million to buy 58 MHz additional spectrum. Its license in the DRC, however, is only valid for 10 years.

The long road to 5G

Telcos need to expend millions of dollars to build 4G infrastructure. And 5G, while faster, is no cheaper.

Presently, only 1% of the connections on the continent are 5G. Only 4 African countries—Nigeria, Kenya, South Africa and now, Zimbabwe—have deployed 5G but at least 14 more including Uganda, Madagascar and Gabon are running trials.

Africa’s e-commerce market is moving fast, and Kwik is quickly jumping on the train.

Kwik is a Nigerian startup that helps Nigerian businesses to deliver goods to their customers in Lagos and Abuja. However, with its latest launch, Kwik is telling us to see it for what it really is: a logistics, e-commerce, and financial services company.

Kwikstore, the flagship product, is a free online storefront that allows African SMEs and micro businesses to set up shops and build their businesses online. Kwik says its stores are customisable, enabling users to quickly open and manage online stores, including those without technical expertise.

Kwik is bringing innovation to e-commerce

Kwikstore plans to leverage Kwik’s existing logistics infrastructure to improve the e-commerce experience for its users. Simply put, Kwikstore users who also use Kwik for delivery can use the Kwik delivery app to set up their stores, and they can automate multiple processes by connecting their stores to their social media accounts.

Big picture: In the last decade, the number of Nigerians on the internet increased exponentially from 20 million to 120 million, a surge that significantly improved e-commerce adoption in the country. When COVID hit, the numbers exploded, and buying online became the new normal.

From many indications, e-commerce in Africa is on its way to the moon, and this realisation is birthing an avalanche of e-commerce players, many of which are entrants from established tech businesses.

From GT Bank and Flutterwave’s entry in 2020 to Klasha’s move in 2021, and Abeg’s recent rebrand to Pocket, e-commerce is posing as a big family pie everyone wants a piece of, and Kwik is here for it.

REPORT: THE STATE OF TECH IN AFRICA IN Q1

Technology in Africa is growing at an unprecedented rate and we want you to have a bird’s eye view of it. The State of Tech in Africa report launches in a few days.

Following their recent milestone of 100 million kilometres, Max has announced a partnership with Yamaha’s Nigerian subsidiary, Moto Business Service Nigeria (MBSN), to finance and maintain over 50,000 vehicles over the next 2 years.