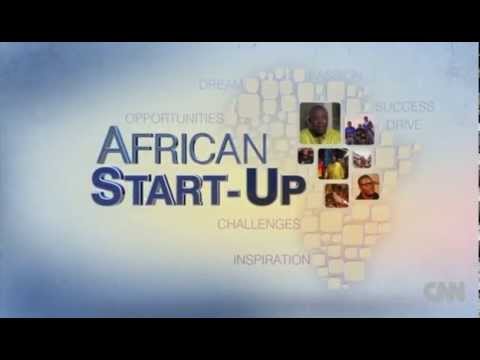 Watch your back, Khan Academy! Nigeria’s online university is here.

Beni American University, which became publicly available in 2012, is reinventing learning models by incorporating research, technology, and entrepreneurial development to equip students with skills necessary to graduate creating prospects regardless of their discipline and without the limitations of infrastructure.

The University is currently in full swing with ten tutors and about two hundred students. But uneasy lies the head that wears the crown – or creates anything ingenuous- because there is a long list of challenges he still needs to get through. It’s an ambitious journey filled with risks and rewards.

CNN’s ‘African Start-Up’ series, which highlights Africa’s SME entrepreneurs features Ukanwoke, who they proudly called Nigeria’s Mark Zuckerberg. In the segment, the young entrepreneur said he was motivated by the response and audience he was able to generate when he created a social network called ‘Student Circle’ which ignited his big idea to create Nigeria’s first private online university.

Telling the All-African story, he said that the university was created to fulfil Africa’s need for higher education.

But Why Beni American University?

He explained that the university is referred to as American because it is built around the American curriculum and semesters.

According to him, “Basically, I think in global terms, not just Africa or Nigeria and my intentions are to develop a global standard university that promotes proper education”. Ukanwoke does not plan to be restricted to the internet though. While changes in technology have helped encourage and build-up the introduction and use of different platforms of education; and despite the fact that in other parts of the world, online degrees are gaining recognition, Nigerian educational regulations stipulate that online schools must have a physical campus. That’s why he is building physical structures for B.A.U in Benue State, for which hectares of land have been purchased from the indigenes.

Ukanwoke gave a glimpse into his future plans for BAU, “very soon we are going to see buildings and street lights on this land with students and teachers going about their activities.”

Presently courses such as Journalism, Corporate Diplomacy, Entrepreneurship and Innovation are being offered in BAU. “We still have a long way to go, we have a lot of work to do, a lot of policy wrangling too, but it’s a work in progress and we are quite happy with where we are,” concludes Ukanwoke.

He could not be more right. I personally am crossing my fingers for a lot of things, including and not limited to a time when he is called a Gossy Ukanwoke original, not Nigeria’s Zuckerberg, as well as online degrees becoming relevant in Nigeria.