BlackBerry has had a tough run these past two years. And even though the troubled phone manufacturer has stated that it was shifting its focus to the enterprise, it has not stopped releasing devices. Over the last two years, it has rolled out the Z10, Z30, Q5 , Q10, the giant Passport, and the Classic. None of these have had any noticeable impact on the market, or on BlackBerry’s fortunes.

But the once dominant Canadian OEM will not be stopped. It’s most recent creation is the BlackBerry Leap.

To be honest, we are no longer sure what to make of new BlackBerry devices. With the Qwerty-devices, we could at least profess some nostalgic regret over the death of the physical keyboard. But with the “regular” touch BlackBerry’s, all we can do is approach it with an open mind, and assess the hardware and software on its merit. We cannot promise excitement, but we can guarantee the benefit of doubt. The BlackBerry Leap is a rectangular 9.5mm-thick slab with a plain sheet of glass on the front and a dotted rubbery matte material on the back that makes it easy to keep a firm grip on the device. The phone has a 65% screen to body ratio and a build that is solid and tightly packed with a non-removable 2800mAh battery. The BlackBerry Leap looks like it can shrug off a considerable number of falls.

The 8 MP fixed-focus primary camera is on the back, with a 2 MP front-facing camera for your inner Kim Kardashian. The dual microphones cancel background noise, for better quality calls. For more on the BlackBerry Leap’s exterior features and specs, check out the full unboxing post.

Nothing is. Make no mistake, the BlackBerry Leap is not ugly. But its features are rather austere and unassuming. It’s the kind of device that will not stand out, but it will not embarrass you if you pulled it out in public. This device was built for function, not for impressing friends, family, clients or potential love interests. The virtual keyboard on the BlackBerry Leap is easily the best on-screen keyboard. But then, nobody does keyboards better than BlackBerry. Touted as the best in class, the Leap’s keyboard didn’t disappoint, easily adapting to one-handed use, and making my words fly onto the screen with its intuitive predictive features and UI. I actually caught myself sending more IMs than usual. It’s that good.

The 10.3.1 comes preloaded with the service unlike earlier versions. I never got to try it – because it won’t download on any of my PCs – but I like what it can do.

I have always wanted a BBM web client, and when Whatsapp released its own last March, I had a bit of a tantrum; “Even Whatsapp could do it, why can’t you, you BlackBerry people?”

Though what I really wanted was a web client that is easily accessible from a regular web address and across every device that runs BBM, the Blend comes close enough and I’ll take it.

For a first time BB10 user, the user interface on the BlackBerry Leap is crisp but not really intuitive. Thankfully, there’s a user tutorial at first boot that walks the user through BB10’s UI/UX idiosyncrasies. But once you get the hang of it, BB10 can feel not just intuitive, but natural as well. Boot time is where the BlackBerry Leap inherits the sins of its ancestors. Though the booting sequence duration is considerably shorter now – at one minute, on average — it is still quite horrifically slow compared with iOS and Android. The most popular reason that is given for this is the plethora of security checks the device needs, to make the seemingly sluggish startup time a feature, not a bug.

Of course, once the BlackBerry Leap is fully awake, performance is smooth and snappy. This despite the two-year old internals. The BlackBerry Leap ships with a Dual-Core 1.5GHz Snapdragon processor and 2GB of RAM with an Adreno 225 GPU, which are more or less the same as BlackBerry Z10 which was released in 2013.

That notwithstanding, there is no lag to be seen on the BlackBerry Leap. The phone can go as fast as your hand can take you. I never felt like I was waiting for anything to happen — except when running Android apps.

Which brings us to BlackBerry’s major achilles heel. The BlackBerry app ecosystem has become a barren wasteland of “crapps” (a portmanteau of “crap” and “apps” that Bankole just made up), and since the advent of BB10, the company has been struggling to make up for that crushing disadvantage by relying on Android app ports, and more recently, implementing an Amazon App Store in tandem with its traditional BlackBerry App World.

Quite frankly, the Amazon store is not much use. There are other ways to access a wider range of Android apps. One that I find easy to use is the 1Mobile store, among others.

Sideloading Android apps in this manner makes using a BlackBerry in 2015 somewhat bearable. Still, it is unfortunate that some Android apps just won’t work, optimally, or at all. I could not get Uber to load, and Pocket didn’t sync automatically like on Android. Slack doesn’t push notifications, and Chrome outright doesn’t work. There are more app woes than I care to cite, But if apps are not central to your lifestyle, you might be able to ignore them and enjoy the phone.

The non-removable 2800mAh battery held its own. But I fear you won’t be able to coax 25 hours of power from it with heavy use. What you can be assured of is a full work day’s worth of juice. Eight plus hours of internet, texts and calls, and you should still have something left over. I loved the 5 MP camera on my old Torch 3. I honestly think that if it were still alive, it would do a better job than what the 8 MP shooter does on the BlackBerry Leap.

The camera hardware looks like it could play at 8 MP, but I was not impressed with the results. The camera takes a long time to focus and the shutter lag is at least 3 seconds long: enough time for a subject’s contrived smile to have faded.

The shots get better when HDR is turned on, only that said mode comes with an even longer shutter delay.

These annoyances aside, you can get decent photos with good lighting. 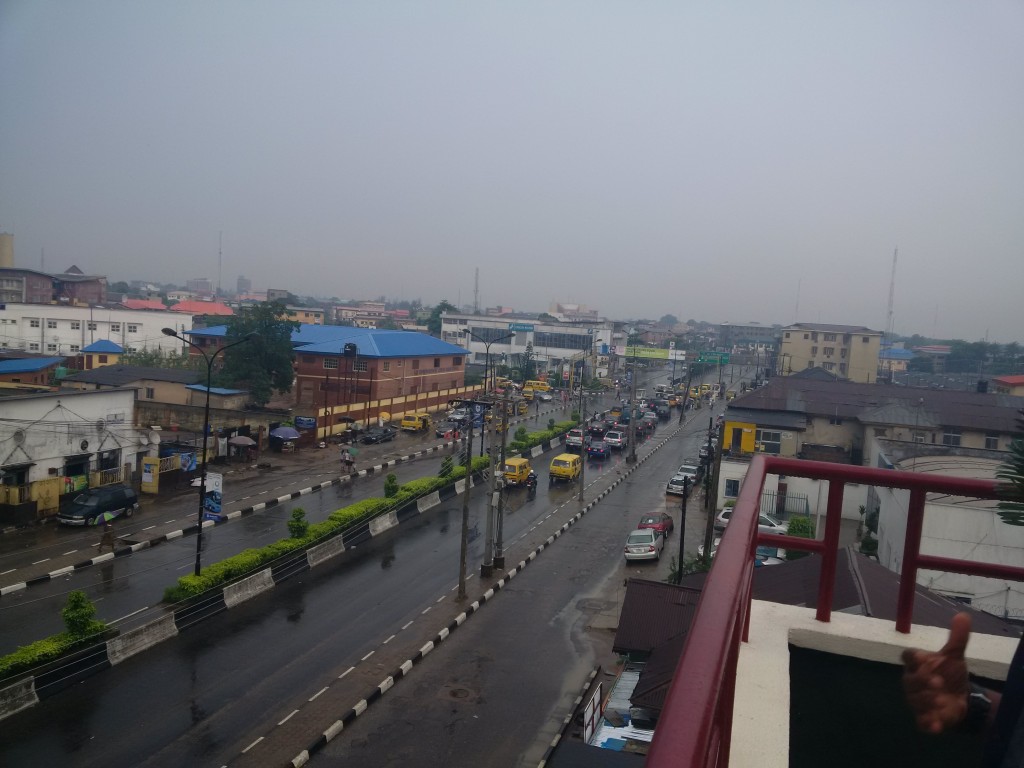 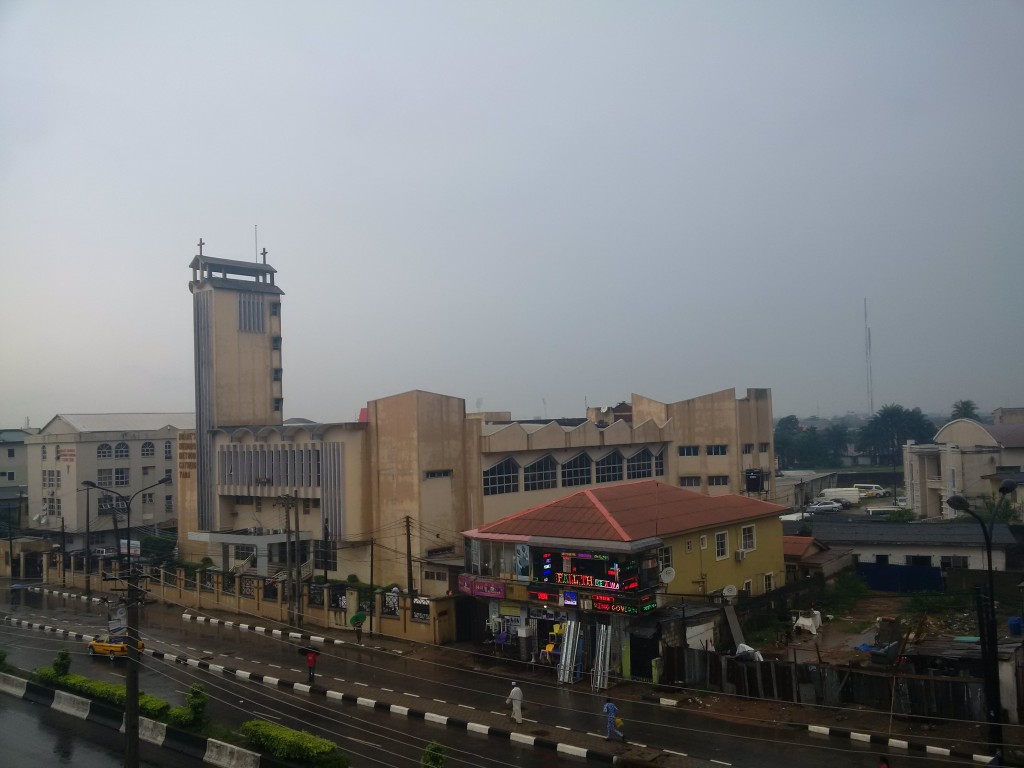 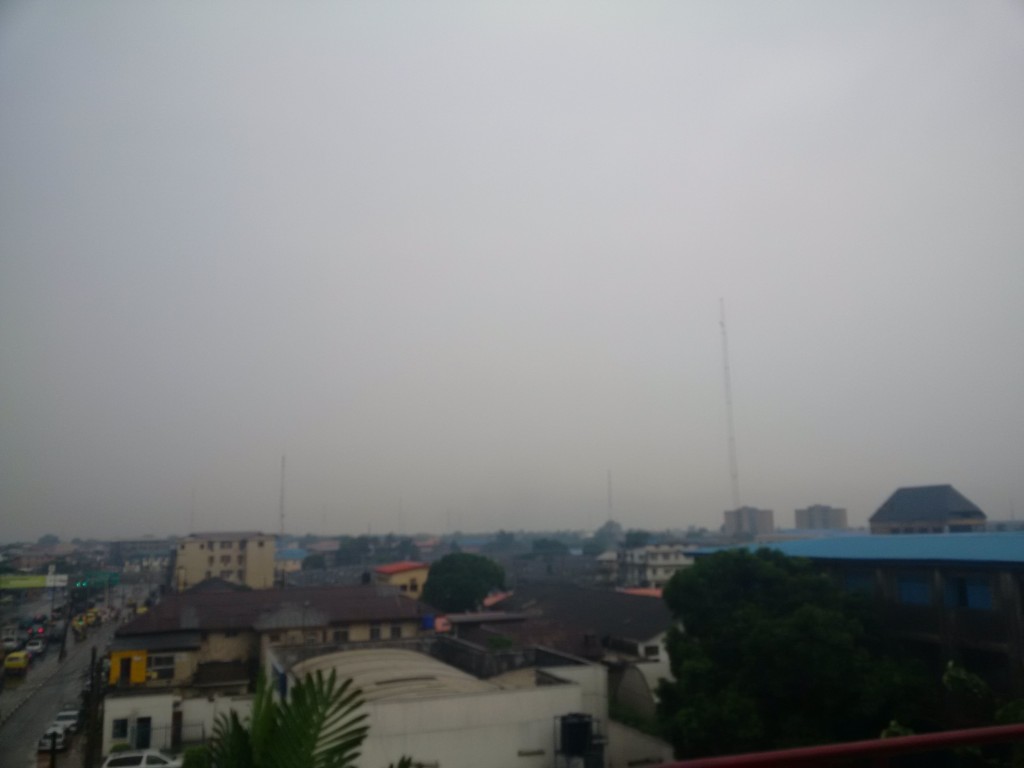 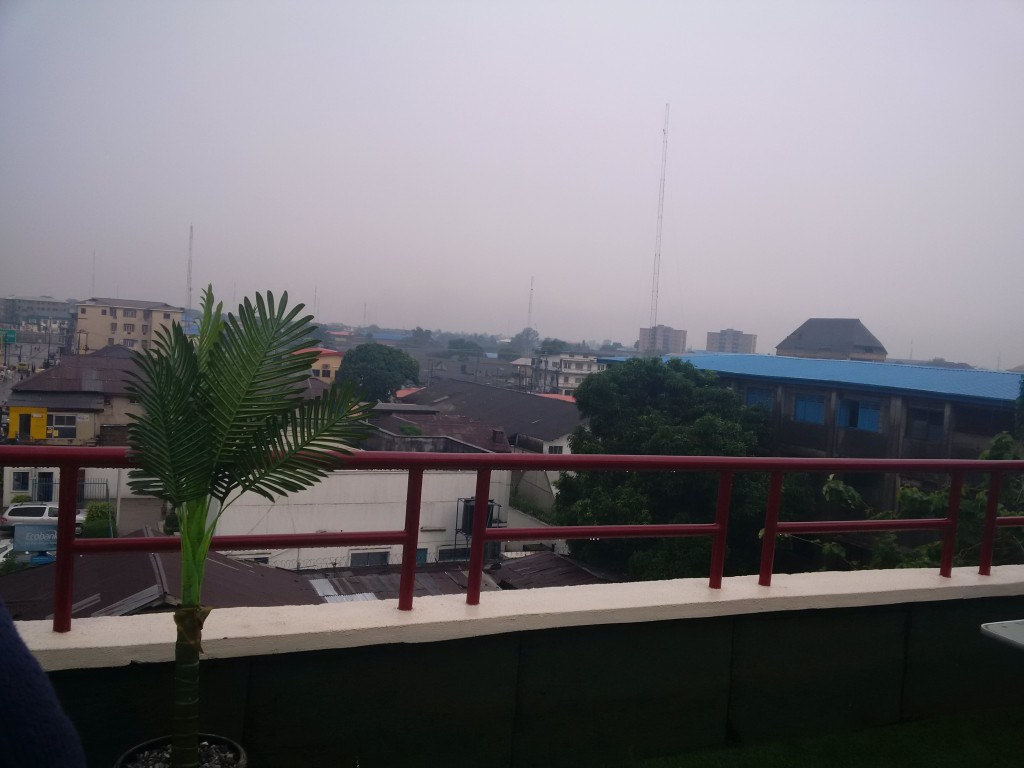 The minimal camera software also provides just enough options without posing too much of a distraction. You won’t find an endless list of filters here. If anything communicates a serious business phone, it’s the phone’s camera software. No frills, just point, shoot and move over.

The camcorder seems to do a better job however, it can shoot 1080p HD picture at 30 frames per second and the results are quite impressive — as long as the lighting is right, of course.

Tip: Press any of the volume rockers to capture instead of the on-screen camera button.

With two microphones, one and the top and another at the bottom, call quality on the Leap is top-notch. But connectivity, not so much. WiFi reception is noticeably very weak on the BlackBerry Leap. This is probably because of its 2.4GHz WiFi standard. The Z30 (which, by the way, is currently selling for lesser than the BlackBerry Leap at $250), Passport and Classic have a 5Ghz WiFi standard. The BlackBerry Leap stays true to its mid-range positioning. Its stays comfortable in the middle. Nothing to be impressed about, and nothing to be particularly irritated at.

It is clearly not a poser’s phone, and does what its told. Just like a midlevel manager at a manufacturing firm (one of the demographics this phone is directed at), who has enough authority and class of its own, but lives by due dates, and doesn’t care much about making a big dent in the world, the phone is also somewhere in the middle with no desire to stand out. And I kind of like that about the phone.

At the NGN 67,000 ($336) price point right now though, it’s hard to recommend this phone when you factor in the competition. Within the BlackBerry range, the 2-year old Z30 for instance, which now costs about N64,000 ($321), boasts of better internals that the Leap. The Z30 beats the Leap at some core benchmarks, with more sensors, faster processor (1.7GHz > 1.5Ghz), NFC support and more.

Then again, BlackBerry doesn’t really target individual users with this device, but instead corporations who are keen on security. The BlackBerry Leap has core security layers baked into it  with a minimal, modern design that says “I’m busy here”. If enterprise deployment is what they had in mind, then BlackBerry totally nailed it.

If otherwise — say for the consumer market, then my feelings are mixed. The BlackBerry Leap leaps — right onto the fence — and refuses to come down on either side.