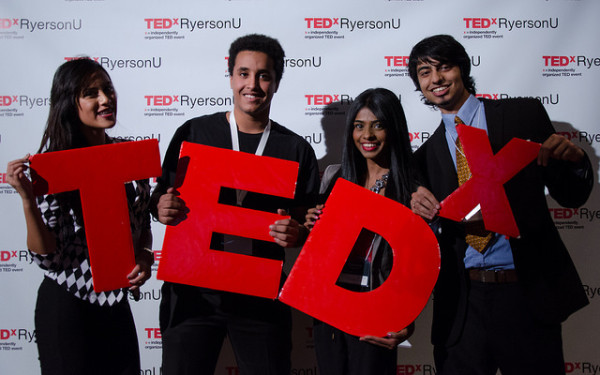 I know what you’re thinking.

Here are 10 of my favorite tech-related TED Talks. Ever.

“You promised me Mars colonies, instead I got Facebook” Jason, editor-in-chief, MIT Technology Review. Jason is definitely an authority on all things tech, and his position is that technology is taking the easy route and solving comparatively trivial problems, instead of the things that actually matter, like energy shortages and population boom.

2: Elon Musk – The Mind Behind Tesla, SpaceX and SolarCity

What’s a list of tech talks that doesn’t include my favorite CEO ever – bad boy Musk? CEOs literally don’t come much cooler than him and he displayed a calm confidence throughout this conversation with TED curator, Chris Anderson, about electric car stations, fast charging cars, reusable rockets and solar panels. Enjoy.

3: Neil Harbisson – I Listen to Color

Mind blowing. Born colorblind, Neil collaborated with scientists, to create his “eyeborg”, a computer chip installed in his head, so he can hear the frequencies of the colors around him. He appreciates the world in a way most of us can’t, sometimes judging people by the ‘sound’ of their face and even hears infrared light which the human eye cannot perceive.

Pranav Mistry demos several tools that help the physical world interact with the world of data –  including a deep look at his SixthSense device and a new, paradigm-shifting paper “laptop.” In an onstage Q&A, Mistry has open-sourced the tech behind SixthSense, to open its possibilities to all.

How can a super-thin, three-inch disk levitate something 70,000 times its own weight? In a riveting, futuristic demonstration, Boaz Almog shows how a phenomenon known as quantum locking allows a superconductor disk to float over a magnetic rail — completely, frictionlessly and with zero energy loss.

In this incredibly charming talk, artist Aparna Rao shows us her latest work: cool, cartoony sculptures (with neat robotic tricks underneath them) that play with your perception — and crave your attention. Take a few minutes to simply be delighted.

7: Todd Humphreys – How To Fool A GPS

Todd forecasts the near-future of geolocation when millimeter-accurate GPS “dots” will enable you to find pin-point locations, index-search your physical possessions… or to track people without their knowledge. And the possible fallout of the sinister side of this technology

You think your wireless and other technology are safe? From Bluetooth to automobile remotes, PCs, TVs and “secure” credit cards, Hacker extraordinaire, Pablos Holman, shows how nearly every secure system is vulnerable.

Okay, I admit, this last one isn’t a tech talk at all, but it’s the best TED talk I’ve ever seen, so it deserves a spot on every list. Enter, Hetain Patel.

How do we decide who we are? Hetain Patel’s surprising performance plays with identity, language and accent — and challenges you to delve beyond surface appearances. A delightful meditation on self, with performer Yuyu Rau, and inspired by Bruce Lee.