Digital Nomads: From Sierra Leone’s Lion Mountains to the smart houses in Mauritius 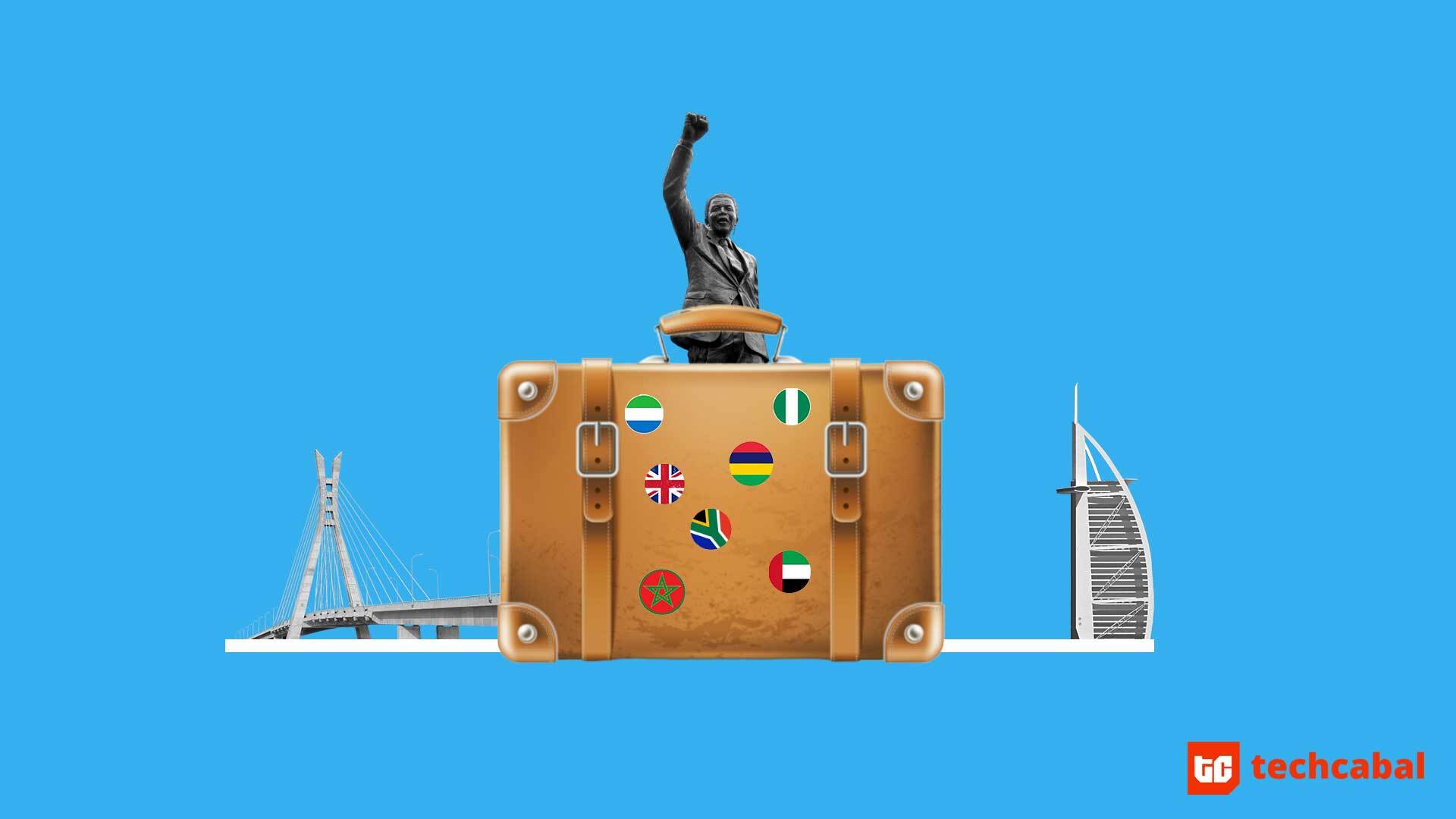 On this week’s digital Nomads, we catch up with *Tami, a Nigerian who has lived, studied and visited a couple of countries.

Tami has lived and visited Mauritius, Sierra Leone, Morocco, South Africa and the UAE. But he’s still not done. He tells me, “I intend to travel a lot more.”

His first travel experience was to Sierra Leone, where he spent nine months. Before I ask, he talks about landing at the Lungi International airport in Sierra Leone.

“People often talk about how bad the Lagos airport is, but as much as we like to bash our airport, it’s better than the Lungi airport. When I landed, I thought I was in a desert. Lungi looked like a border town at first glance.”

The Lungi airport is the only international airport in Sierra Leone and it is separated from Freetown, the country’s capital, by the Sierra Leone River.

“It is four hours by road to Freetown or 45 minutes by a ferry and is in a remote location. The fastest way to get to Freetown is with a speedboat.”

But apart from the airport’s location, Tami says everything else went off without a hitch. It didn’t hurt that he arrived by invitation and so had help with all the important things.

When you arrive in a new country, one of the things you want to do is buy a SIM card and let everyone know you’ve arrived safely.

“Getting a SIM card was easy, there were vendors outside the airport and I bought an Airtel SIM because it was a name I recognised.”

In 2017, Orange acquired Airtel Sierra Leone and the two other popular telcos are Africell and Sierratel.

“After I got my SIM card, I headed to Freetown with a boat. The jetty was very busy. But once I got into Freetown, I saw the oldest cotton tree in the world.”

The 500-year-old cotton tree is in the center of Freetown.

How do you navigate a new city? Bus, motorcycles or ride-hailing services like Uber or Bolt?

“I didn’t notice any buses, although there were a lot of taxis and motorcycles. Getting around Freetown is also easy, because the people are friendly and bold. If they like your outfit, they walk up to you and tell you.”

The helpful people aren’t the only fascinating part of Freetown. The city also has a mountain range which stretches up to 30 kilometres.

“Freetown is referred to as the mountain lion, and there’s hardly any level ground, you’re either going up or coming down. I stayed in one of the highest points, the Hill station and from the balcony, you could see lots of houses down the slope”

How much data can you buy with $5 in Sierra Leone?

On Orange, $5 will get you 1.5GB on a monthly data plan, but Tami says he used WiFi for most of his stay in Sierra Leone.

He also made most of his payments in cash and card. “Although there was mobile money, I didn’t use it.”

Before we talk about Mauritius, another country lived in for over a year, he mentions a brief visit to Morocco.

“One interesting part that is still with me till this day is the airport in Casablanca. They had flyover motels, thermal test machines for visitors and the immigration people were great.”

It’s a good time to ask him to rank all the airports he has visited.

“Heathrow is Heathrow, so let’s not go there. Dubai airport is also beautiful, and if you arrive in the night, it’s a great view.

The OR Tambo airport is also great, mostly because it is as big as the Maracana stadium: you can lose weight if you walk around that airport.”

The Rangolaam international airport in Mauritius also gets a mention and Tami describes it as “not so big but nice”. The Lagos airport is ahead of the Lungi airport in his books, but they both come in at the bottom two.

We cycle back to the Rangolaam airport, a place that doesn’t take chances with first-time visitors to the country.

“The immigration personnel in Mauritius are professional, but they are strict with first-time travelers. They scanned my shoes, checked my body cream and emptied my box. They also checked the metal casings: it was hectic.”

But the country makes up for it by being “up there in tech”.

“I lived in a smart house, with infrared gates and every smart accessory you can think of.” In Mauritius, it is not unusual to find WiFi is an add-on when you rent a house.

How do you move around a tech-enabled country? Mostly by buses and cabs, as the popular ride-hailing services are not available. But public transportation is reliable.

“Bus stops have departure time and arrival time for buses and taxi drivers are always available on demand and are one call away.”

Tami paints a picture of ease in Mauritius: “There’s 24-hour power supply, and opening a bank account is easy. Emtel and Orange are the two most popular telcos here but with super fast internet at home, I don’t use mobile data.”

In the end, Tami chooses to rank countries in terms of tech experiences instead of the 1-10 scale I typically ask.

“I’ll take Freetown over Lagos any day of the week.”

*Name changed at the request of the subject