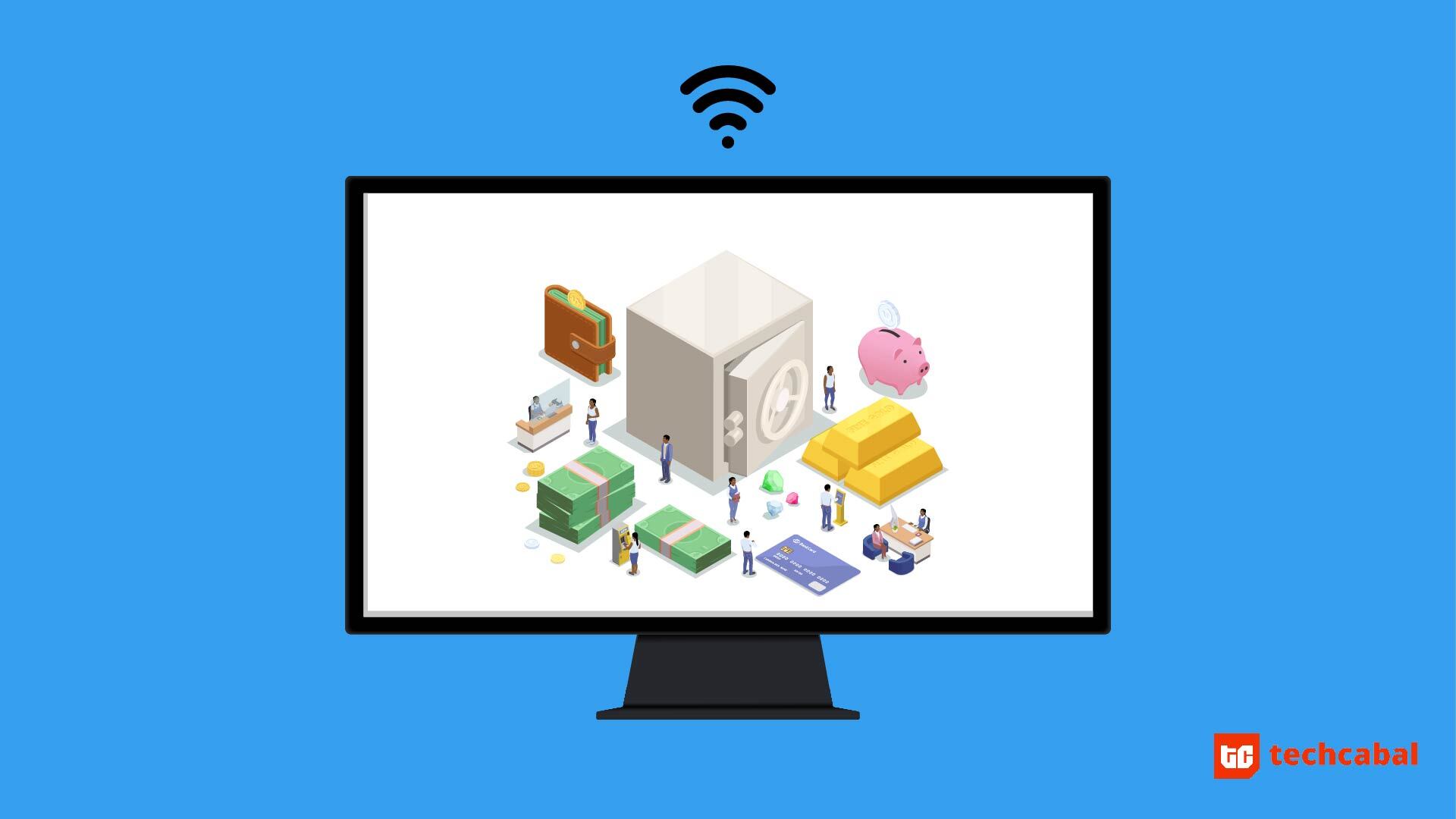 An all digital bank modeled on social apps, for a generation that places a premium on convenience.

By the standards of today’s technological advancements, banking as a service should be more digitalised than ever. But a number of banking processes still require visiting physical locations.

On the day free movement returned to Lagos after the coronavirus lockdown was lifted, bank branches operating at half their capacities were stormed by agitated customers for reasons ranging from requesting debit cards to unblocking accounts.

Change is happening, even if not at rocket speed.

Banking is increasingly a digital fair, and wholly digital banks are emerging in Africa to compete with traditional setups. One such new-age institution is Kuda, a Nigerian digital bank.

Kuda casts itself as the “bank of the free” that understands consumer needs for convenience. It has no branches anywhere: you sign up, get your account number and do your banking from your smartphone.

With an operating license from the Central Bank of Nigeria, Kuda appears on the same lists with older institutions like Zenith, UBA and First Bank. But instead of attempting to replicate these incumbents’ growth strategy, Kuda is taking inspiration from the online hangout platforms that define today’s digital age.

Banking for the free

Facebook, Twitter, Instagram and most of today’s big social media platforms are some of the world’s richest companies with a presence in nearly every country. But they are mostly free to use.

They make money by extracting value from the data your frequent presence provides, selling to third parties such as advertisers, researchers and app developers.

Kuda’s approach to offering banking services scoops from this playbook. Customers make deposits and manage their accounts, while the bank bundles these deposits and makes investments with them. The bank also makes money from merchants who pay a fee when Kuda users make payments at points of sale using Kuda cards.

They plan to launch a lending service soon, charging a fee to the borrower.

This is how banking happens normally, but Kuda is able to offer this service to account holders without the plethora of charges, declared and hidden, that Nigerian banks are known for. They don’t have overhead costs that could accrue from managing physical locations.

“We transfer the savings that we make as value to our customers,” says Tunde Mason, a product designer at Kuda.

“We can afford to say ‘free’ because we are not paying so much to keep our bank up and running for you.”

Designing for the free

The average Kuda user is between 18 and 25 years old, according to Nosakhare Oyegun, the company’s product manager. This is the peak age range for students in tertiary institutions in Nigeria.

Unlike, say a decade ago, a typical Nigerian undergraduate has a smartphone and at least one social media account. But like graduates of yesteryears, this person doesn’t want the stress of physical banking competing with academic demands. They want as much free time for early-twenties social freedom.

So when you request a debit card from the Kuda app, a tracker shows how it moves from when it’s processed to when it’s delivered, arriving at the customer’s address in a stylish blue pouch.

Users have taken to showing it off on social media. The word-of-mouth testimonies is increasing the brand’s recognition and adoption with the target population.

To make it easy for users to resolve transaction issues that may occur while using the app, Kuda provides the 30-digit session ID for every transaction. This isn’t an industry standard and normally, you have to call your bank to request this reference number when things go wrong.

Kuda’s interface is not different from what appears on most finance apps these days, whether it is Piggyest and Cowrywise. It’s ‘Spend and Save’ feature, which removes 2% of every expense from your balance for a rainy-day fund, plays off of features on savings apps.

Being a new product trying to convince customers used to traditional models, it makes sense to follow established design norms already in use on similar digital finance platforms, according to Derek Kanu, a Kuda product designer specializing on graphic design.

But the startup’s differentiation is in making banking as familiar as possible. That means ensuring that users don’t need a mental adjustment to reflect the serious nature of finance when using the app.

Rather than sell itself as a challenger to the likes of Zenith and UBA – thereby reminding users of the associated difficulties they may have experienced – Kuda is modeling after everyday social media apps like Twitter and Tinder.

Oyegun would not share specifics on this, but says the design approach is to look beyond traditional finance to platforms where users mostly spend their time.

“You have to replicate this within the financial context because of the rules and regulations. But we have to keep [the experience] as familiar as possible,” he says.

A smartphone-based, entirely paperless interface eliminates human interaction which tends to slow decision making. For this process to function optimally however, it has to be designed with a user profile in mind.

From his previous job at Stanbic bank, Oyegun has first-hand experience on how slowly banks tend to adapt to digital initiatives. Now he’s helping shape a product targeted towards “people who are tired of traditional banks.”

Going to a bank to fill a form for an internet banking token is arduous, and banks are moving away from this. Yet, the spectrum of services that are accessible remotely – including dispute resolution – remains too constrained for many customers.

So Kuda has built their solution around providing access at the cost of minimal effort. With a name, email, address, phone number, Bank Verification Number (BVN) and a selfie, you get a basic account with a single deposit limit of ₦50,000 and maximum balance of ₦300,000. By uploading a government-issued ID, it becomes an unlimited bank account.

Users can request a debit card even with a basic account. The card, which has no maintenance fee, can be used to withdraw at Access bank branches for free. Users get monthly reports that show transaction history.

“At this time, we are trying to reach people in the millennial/Gen-Z age bracket,” Mason says.

Who is Kuda not for?

This means Kuda, in its present form, is really for people seeking a second or third banking experience to improve on previous relationships with traditional houses.

It is possible to sign up and start using Kuda without a BVN but there’s a ₦20,000 ($52) limit on transactions. To upgrade, you need to get an account from a brick-and-mortar bank where a BVN will be assigned after on-site biometric verification.

That makes the digital upstart dependent on its progenitors. They can’t bypass the BVN requirement; it is mandated by the central bank to prevent money laundering and terrorism financing, amongst other finance-enabled crimes.

“In the future, we have some ideas around BVN registration that we’d like to try out,” Oyegun, the product manager, says.

Kuda also assumes and requires familiarity with an internet-enabled smartphone and that one is formal enough to have a piece of identification from the government.

Kuda is conscious about not narrowing itself to a small pool of potential customers.

Ayoola Samagbeyi, the head of Kuda’s engineering team, says the need to support lower end operating systems have led them to hold back on certain features.

That said, they are experimenting with new tricks to further the digital banking experience.

One in the works is a Google assistant feature on their Android app to improve navigation and transaction processes. 3D touch, or long-press on Android, has been activated.

“We’ve tried to get a real sense of what people use. Most of our customers are tech-savvy people, so many of them have found it very easy to use the app and the features we’ve provided,” Samagbeyi says.

Regardless of customer profile, a validation mechanism exists for every Kuda user. If you are a customer that usually does ₦50,000 transfers, a sudden ₦1 million transfer request will be flagged but as a circuit breaking mechanism to alert you to a potential mistake, as well as to check for fraud.

As with other online banking services, two-factor authentication is required for all transactions.

With partnerships with GT Bank and Zenith Bank, Kuda users can make over-the-counter deposits in these traditional institutions to fund their app-based accounts.

Kuda also partners with Access Bank to allow its customers withdraw cash from the latter’s ATMs for free.

Besides creating a BVN feature to give it independence from other banks, Kuda’s next step in customer acquisition is in providing loans to users. But Oyegun notes that the dawn of digital banking will truly emerge with more players demonstrating expertise and success.

“The more, the merrier. If Piggyvest, Cowrywise and Carbon win, we win. It means more people are trusting the entire concept of being branchless,” he says. Competition in this state of multiple players will now be based on perfecting execution.