Digital Nomads: In the pearl of the Indian Ocean 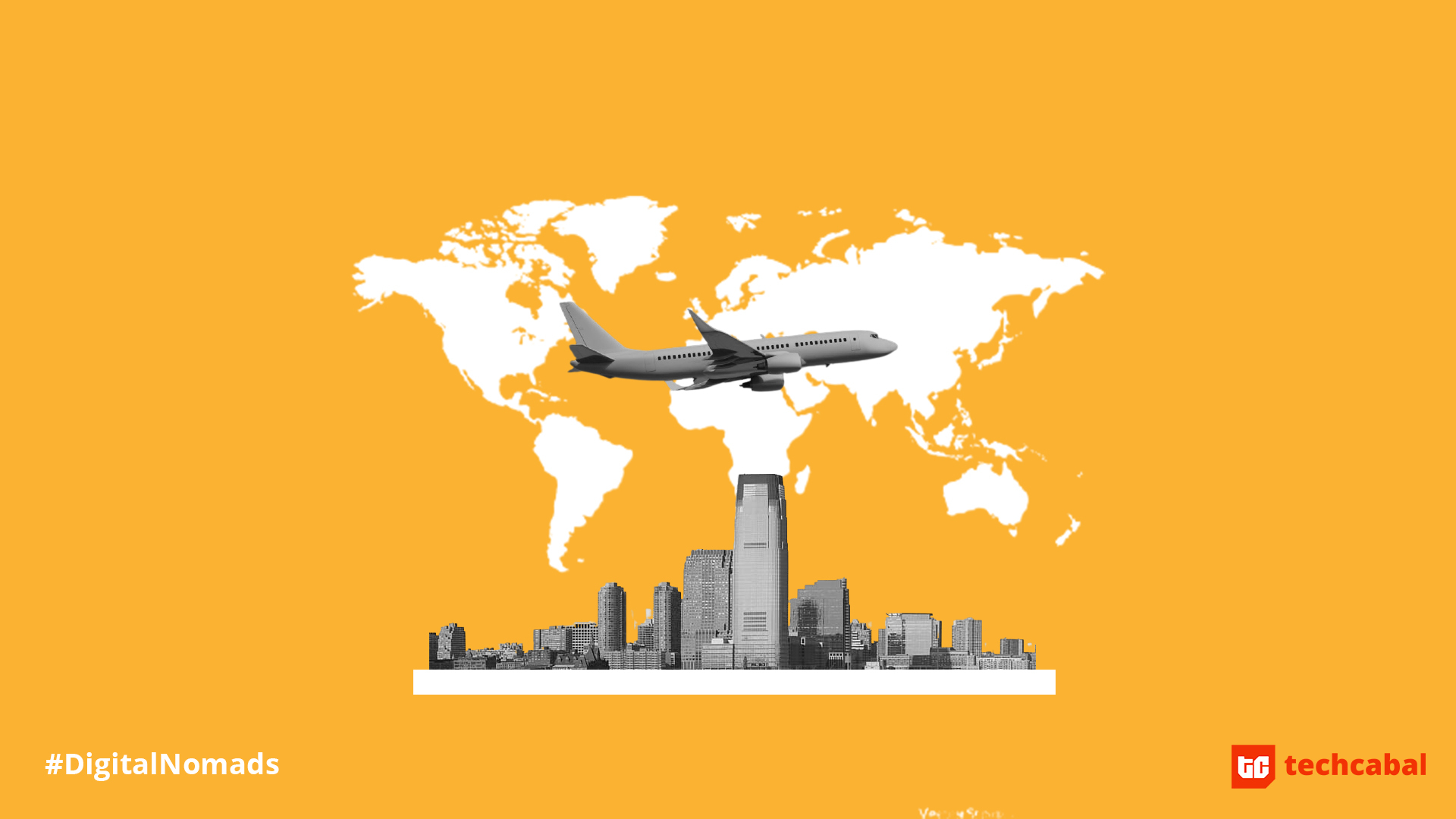 When Molly sent me an email offering to share her experience as a digital nomad, it was a welcome diversion from all the story angles I had been thinking about all week.

For two weeks, I had been a little obsessed with Japan, but some stories don’t take shape as quickly as we hope.

Fortunately, sometimes we get some great stories without trying very hard. Molly is an English content creator who has done a fair bit of traveling and most of it started in her childhood .

“My parents always travelled. We used to pack up the VW camper van and go to Europe. We would take the dogs and just go traveling and surfing,” Molly tells me.

As a teenager, Molly’s family moved to the beachside town of Tafira, Spain, where she completed her high school education.

“I had never spoken a word of Spanish in my life, yet here I was in the local school. I had to go from zero to hero if I wanted to make any friends there and if I wanted to learn.”

But she managed to learn enough of the language to graduate from high school. We talk about Spain a bit because in the years she spent there, there wasn’t as much technology as they have now.

“There weren’t smartphones at the time. All my friends and I did was call each other on the house phone or go knock on each other’s doors.”

How do you learn a new language without Google translate or Duolingo?

“A lot of my friends ask me how I learned Spanish . The thing is, when the technology isn’t available, there’s more incentive to learn and remember. I had to learn because I wanted to communicate at all levels all the time.”

If there wasn’t Duolingo, then you can be sure this was the pre-Uber age as well.

Molly’s note on learning Spanish: We had these big old textbooks, my brother and I hated them and we would work through the different ways of conjugating verbs. We also had a Spanish tutor and she helped us learn. While my sister didn’t speak the language until she was sure she knew all the words and verbs, my brother who was a lot younger didn’t struggle at all. I think it was because he didn’t feel that social pressure or the need to get it right.

If the language presented a bit of a challenge, the people did not.

After graduating, her family was off again, this time to France. But Molly wanted to travel and see even more of the world so she left home to chart her own course.

Is traveling a lot as a child a predictor of whether you would also do a lot of traveling as an adult? That’s not something Molly has a theory on yet.

“My friends who have parents similar to mine or had an upbringing like mine, they go one of two ways. They either want to continue traveling, seeing the world and making a living as they travel or they go the other way where they do the complete opposite. They find a base, have stability,  a home and never leave.”

Since we’re having this conversation, there are no prizes for guessing which outcome Molly chose.

First, she had a stint in the sailing industry before moving back to the UK to study International studies for her Bachelors degree.

“While I was studying, I worked a bit so I could go traveling whenever we were on holidays. During one of those vacations, I went to Sri Lanka and I fell in love with it.”

Sri Lanka is an island country in South Asia and it is often called the “pearl of the Indian ocean” because of its shape and location. Despite its unique location, Sri Lanka has a history of civil wars running from 1983 to 2009.

Despite two decades of fighting and a tsunami after the civil war, Sri Lanka manages to attract tourists.  “It has beautiful beaches, great food, diverse culture and a charming history.”

Molly’s note on deciding to live in Sri Lanka: In my final year of studying, I had started to think about living in Sri Lanka, what I would do there and what town I would live in. But in the end, fate made the decision to move there easier. I met a girl who felt the same way about moving to Sri Lanka so we wrote our plans on how we would move there and we made it happen.

It’s been months since I’ve asked people about airports, but it feels like a great time to bring our once famous airports question back.

“The airport in Sri Lanka, which is in Colombo is not so different from the other places I’ve been. It’s quite a dead airport, there’s not really very many people. Outside the airport, there are taxis everywhere and you can catch the bus as well,” she says.

“But I never caught the bus because when you’re a woman traveling alone, that’s not the best idea.”

Note: Colombo is Sri Lanka’s largest city by population (5.6 million) and also the country’s commercial capital. It is also the city that is pretty popular with tourists with attractions like the Galle Face Green.

“When you leave Colombo, which is an industrial city with a beautiful coastline you drive through Arugam Bay. The great thing about Sri Lanka is that you’ve got the East Coast which works half the year. By work, I mean surfing which is a big thing in Sri Lanka. Tourists go there and digital nomads work from there as well because the internet connection is surprisingly good.”

Molly’s note on the difference between Sri Lanka’s East and South Coast: In the East coast, there are a lot of bars and it’s very fun. It has a party vibe going and if you’re a digital nomad, there is a surfing lifestyle. The South Coast is closer to the airport, has a beautiful coastline and is a lot more accessible. You’d also find that the main religion there is Buddhism.

Molly chose to live in Madiha, which is on the South Coast because “it spoke to her” and she felt a lot safer there.

“I set up a community development program there and everyone wanted to get involved. I think it speaks to their culture in itself. It’s very family oriented and they really were very welcoming.”

One of Molly’s more surprising experiences with culture in Sri Lanka was getting invited to dinner.

“Our host encouraged us to serve the food. So we sat at the table, our hosts didn’t sit, instead they stood and watched us. Naturally, none of us started to eat obviously, because we waited for everyone to sit at the table to eat. But tradition there is that your guests eat first before the hosts sit down to eat.”

One reason why it took a while to understand aspects of culture like this was the language barrier. Sri Lanka has two official languages; Tamil and Sinhala

Because Molly was running a guest house in Sri Lanka, her approach to renting was different from the average digital nomad. But she says that for monthly rentals, you’d be looking at prices from €100 (not including bills) to €600. For €600 you would get a beachside suite with a pool. For €100, you would get a room in a family’s home.

If you’re a digital nomad in Sri Lanka, one way to save money would obviously be to stay with a household and then for Wi-Fi, you could visit cafes that offer food and internet. A lunch at a restaurant like this could be €10 and you could spend and get work done.

Getting around in Sri Lanka: Motorcycles, mopeds and tuk tuks. You could travel through all of Sri Lanka with a tuk tuk which you can buy off someone else for a great price.

Molly’s project in Sri Lanka: Molly teamed up with a Sri Lankan organisation that employed women, taught them English and trained them to help set up businesses to tap into the country’s tourism opportunities.

Despite spending some time in Sri Lanka and getting involved in her community, Molly never really learned the language. “The language barrier taught me that you don’t need to speak the same language to communicate.”

After some time in Sri Lanka, Molly decided to move to Turkey where she was planning to set herself up for the winter season.

“But the earthquake hit a couple of weeks ago. It was a Friday if I remember correctly. Earthquakes are very sobering and I’ve experienced one before when I was in Chile. The helplessness you feel is incomparable.”

“You’re looking around at these big apartment blocks and thinking, if that falls, that could kill me.”

Experiencing that earthquake made Molly rethink her priorities as well as where she wanted to spend her time. In the end, she moved out of the city and now lives in the Canary islands, which she says is a lot more peaceful and more with who she is as a person.

“Now I’m happily writing online and learning a lot in the writing process.” 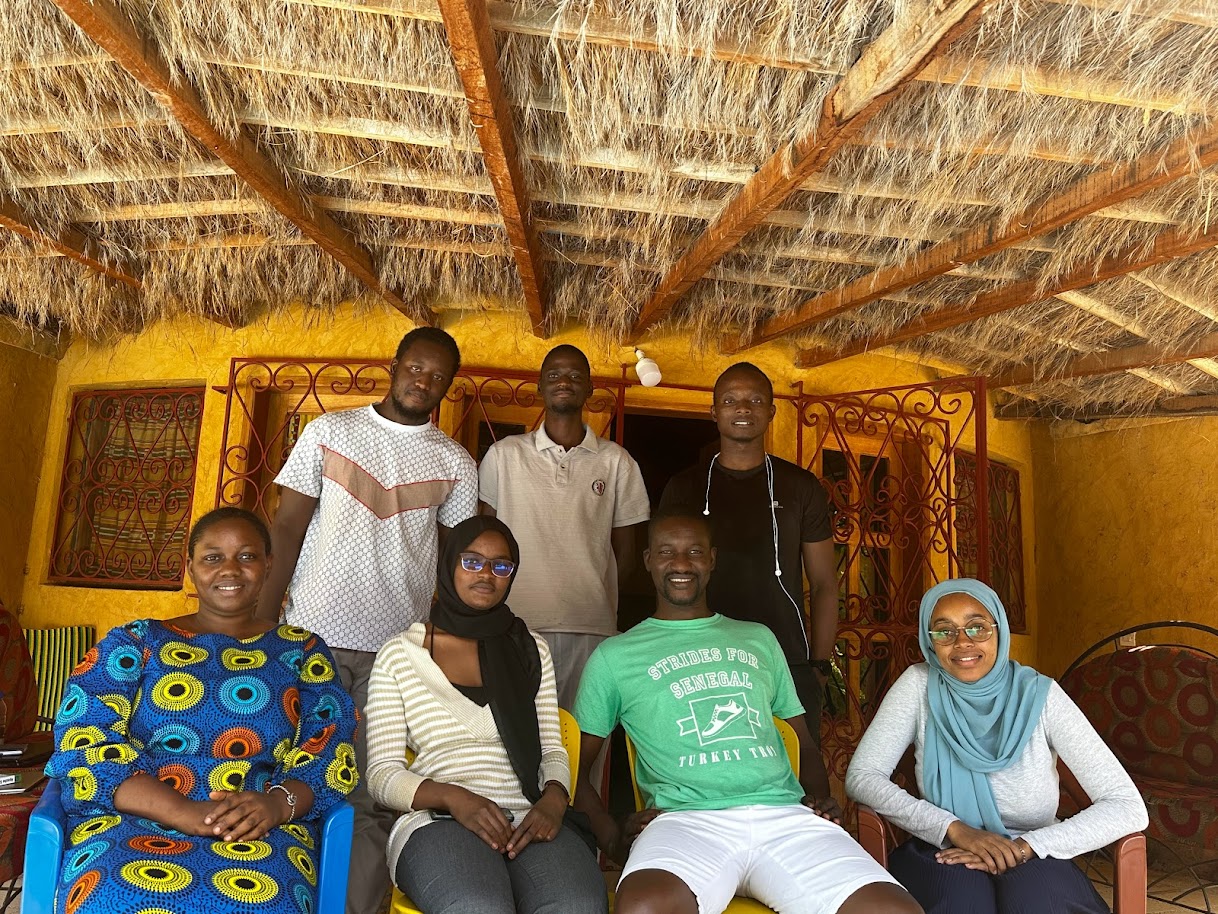