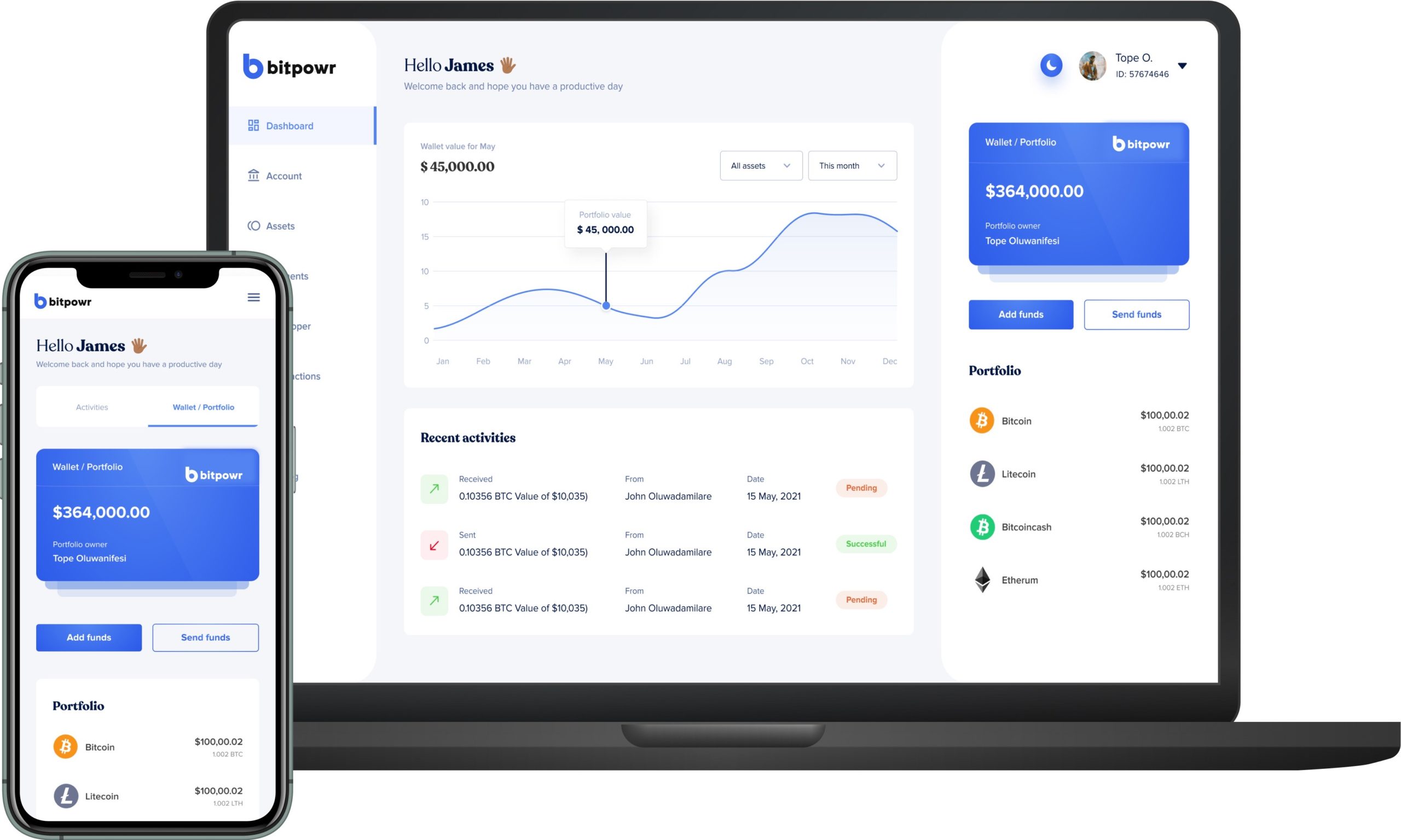 Interest in blockchain technology—a digital ledger of transactions that is duplicated and distributed across several computers—has grown significantly in recent years.

In Africa, the use of the emerging technology is still largely limited to cryptocurrencies and individual use-cases such as for receiving remittances. At the enterprise level, the integration of blockchain into business processes is still very much nascent, typically because it would require building systems from scratch, a time-consuming, arduous, and expensive process.

For instance, it could take up to 4-5 months for an online retail platform to build and integrate a system for customers to make crypto payments, considering the several blockchain protocols that exist, each with its own node, implementation, and documentation. Nigerian startup, Bitpowr, officially launched this month to help businesses and developers slash this timeframe to a month.

BitPowr is founded by CEO Tobi Oyetoke and has operated in beta mode since last February, providing organisations in Africa with tools to easily build and integrate blockchain applications. It currently offers an infrastructure that helps businesses create and manage crypto wallets through its application programming interface (API) as well as a system that processes cryptocurrency payments seamlessly for merchants and developers.

Unlike most startups whose founders at the onset identify a market need and set out to build a marketable solution to address it, Bitpowr started as a solution to a problem Oyetoke faced while building software products.

His professional experience as a software developer/engineer goes as far as 2014, three years before he began studying in a tertiary institution in Nigeria. Asked when he got into the tech world, he told TechCabal that he was exposed to programming at the tender age of 11.

“I first learned about tech through my family. I had an uncle who was an engineer and my brother an IT person that does networking. So I always had the opportunity to be around computers and during junior secondary school, I got to know about programming languages HTML, CSS, and Javascript,” Oyetoke said.

His eight-year professional career as a software engineer spans roles mostly in international organisations including the US-based The Clouditicians Inc and Python Signal in Mauritius, where he built and launched agrotech and crypto exchange products.

After working on some products, Oyetoke realised he had to build wallets from scratch for every new crypto project.

“It was then the idea came to build a simple crypto wallet system to help create and manage Bitcoin wallets and also accept crypto payment easily,” Oyetoke recalled in a conversation with TechCabal. “Then we later decided to commercialise the solution, built for a couple of months and launched with six clients.”

Essentially, Bitpowr has set out to be a go-to platform for any company looking to create and integrate blockchain applications – from fintech startups that need crypto wallets for exchanges to e-commerce platforms that wish to incorporate crypto payments. Oyetoke reveals the startup’s ambition is to become the “AWS for blockchain services” in Africa.

Its wallet API is a complete suite wallet management solution that lets businesses create and manage different types of wallets for different blockchain and several use cases. In addition, a payments API allows users to accept crypto payments with little to no setup and its soon-to-be-launched payouts API is a settlement service that lets merchants convert crypto to fiat.

“A major drawback when it comes to building on the blockchain technology is its complexity and timeframe but we are providing the infrastructure for people to do that much faster and even at cheaper rates,” Oyetoke said.

According to him, it could cost companies around $3,000 per month to integrate and support several blockchain protocols whereas, for a monthly base fee of $100, businesses can use BitPowr’s infrastructure that supports at least 10 blockchain nodes. The startup also makes money by charging a commission on transactions processed by businesses through its platform.

Going forward, Bitpowr plans to expand its 12-member team as well as raise external funding for further product development. The startup currently has clients in Nigeria and Cameroon and plans to expand to more African countries by Q2. Due to the limited pool of blockchain engineers available in the country, Oyetoke revealed BitPowr is open to partnering with players in the crypto community training new engineers in Nigeria.