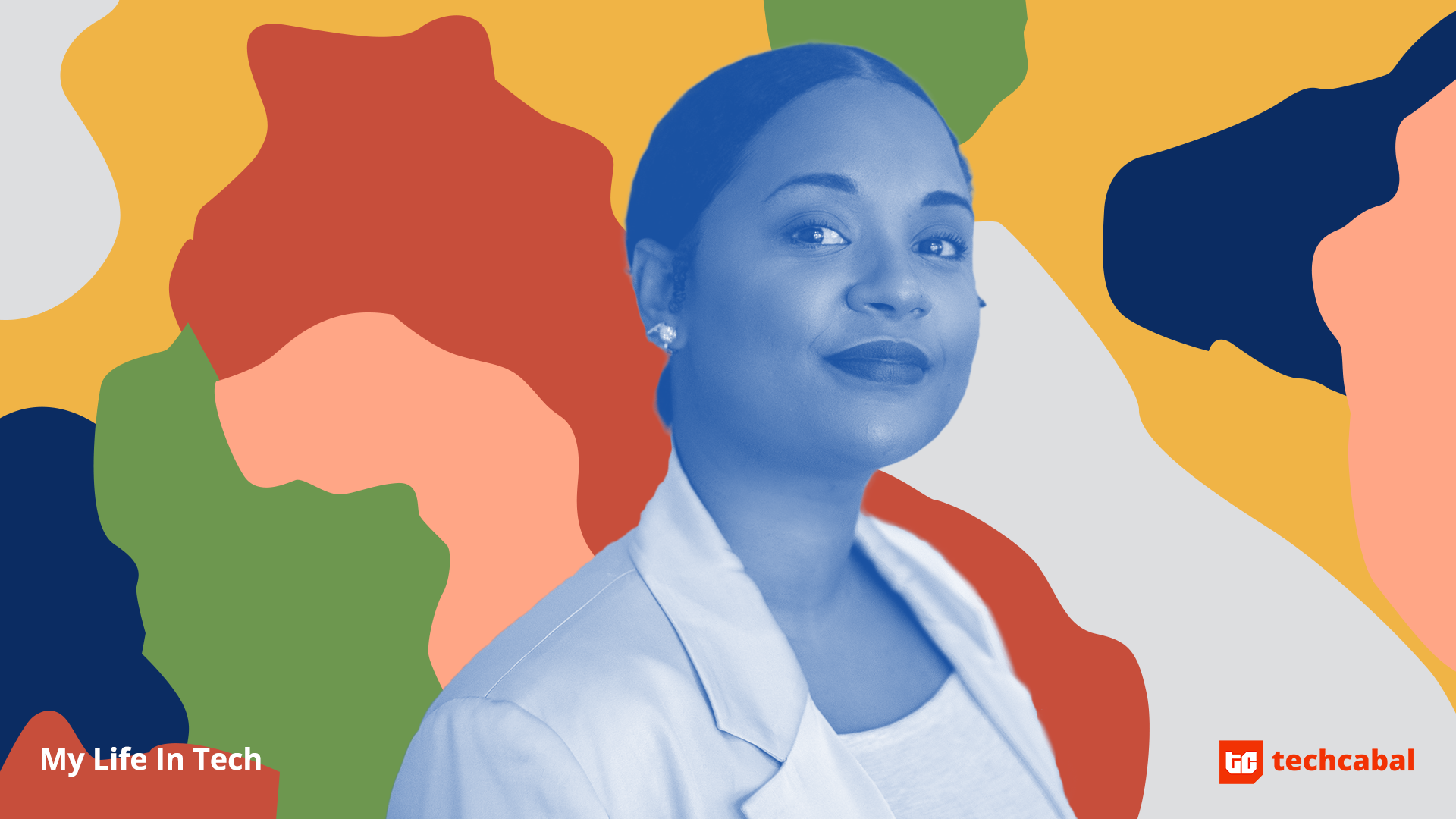 “I grew up in a place called Durban in South Africa.”

This is how Jade Leaf begins her story. Before this, we spoke briefly about the new normal and how the pandemic ushered in a seemingly endless stream of meetings that are always sure to meet you at your desk as you work from home.

“But I mean, being busy in these times is a blessing in itself,” she said.

Beyond the meetings, the pandemic also put a stop to a few of the things that Jade loves, notably concerts and travelling. When she talks about travelling to new places and attending concerts she says “you can’t really understand the culture of a place without going to musical events.”

And this is where we find the common thread across her journey, an appreciation for culture and music; and active participation in both.

In November 2020, Jade joined the digital music distribution company TuneCore as Head of Southern and East Africa. She is currently very passionate about helping musical artists across Africa discover the many ways they can make a living from their music.

She had wanted to become an architect but now she’s building structures for the African music industry.

This is her life in tech.

Jade showed promise in both the arts and the sciences. She is the oldest child of her parents and for them, her choices were to become a lawyer or a doctor. Jade opted for the best of both worlds.

“I was like, here’s something that’s half art, half science,” she told me as we talked about her time studying architecture at the University of Cape Town (UCT).

Her foray into the world of architecture came to an end in her second year. It took her some time to make the decision to drop out but from the first day of class, Jade knew there was a divide that made the course not quite right for her.

In her first class, she quickly realised that there weren’t many people of colour. This realisation came even before the lecturer began asking questions.

“Who’s been to the Eiffel Tower or Pompidou Centre in Paris or The Gherkin in London?”

More than half the class shot up their hands and Jade, having never left the country, sat there with her hands down and rethinking her decision to study a course she didn’t feel prepared for.

Her decision to leave UCT meant making her parents unhappy, but more importantly for Jade it meant needing to find a source of income quickly as her degree had been financed with a bank loan.

She applied to a few jobs, about a hundred she tells me, and in what I’d describe as pure serendipity, landed a job as a media and communications coordinator at Future Cape Town a nonprofit organisation focused on exploring architecture and the built environment.

In this new role, she found her voice as a copywriter, creating content for the organisation’s blog. Her next move took to a small agency in South Africa – her introduction to the world of brand advertising.

Jade often gets asked if she would study architecture again, albeit for a short time, if she had a chance to do it over. Her answer, a resounding yes.

“Architecture teaches you how to go from concept to execution. It teaches you about people and the built environment and how people ultimately influence the space around them.”

“So it’s got this notion of “people first” and I think that’s something that when looked at from a marketing perspective has helped me because my approach is always people first.”

Play that sweet music from Cape Town to Johannesburg

Jade Leaf paints me a picture of the two cities. On one hand, you had Cape Town, a bustling creative city and home to the many advertising agencies she would end up working at in the space of 3 years.

These agencies were in Cape Town because a lot of the brands were there – from Adidas to Woolworths.

On the other hand, Johannesburg was where the media lived; TV, radio, the gig circuits for musical acts.

Working in advertising and creating content for brands like New Balance and Levi’s meant that she had to help them speak to youth culture and as Jade put it, “you can’t speak to the youth without using music as a vehicle.”

For Jade, the opportunity to guide the direction of brands and help them bring their message to the youth through music was in its own way a full circle.

“Music has always been a part of my life and how I’ve navigated through life. My parents were big on music and we would listen to a lot of Anita Baker, Michael Jackson and Teddy Pendergrass.”

While she worked at an ad agency in Cape Town, she secured a job at Sony Music and was soon on her way to Johannesburg to begin her new role as a marketing specialist.

“I think it was the single biggest move of my career. I’m very grateful for the opportunity to work with the people that I worked with.”

At Sony, Jade got a chance to market several exciting projects including Shekhinah, one of South Africa’s most-streamed artists. In her time there, she rose to the role of International Label Marketing Manager: Columbia, Epic & RCA Records

Jade’s next role after Sony Music would come after what she describes as a “positive interaction” with a senior manager at Multichoice.

“I think we had one meeting and then she called me up like, ‘Listen, we have this role and I really would like to consider you for it. Would you be open to it?’ And so I was like, okay, cool. Let me hear what this is about. And let’s see where this can go.”

And see she did. As a marketing manager at Multichoice in charge of Youth and Music channels, one of Jade’s tasks was to help repackage the music channel Channel O for the younger populace. A relaunch of the brand image happened on Youth Day (June 16th) 2020.

It didn’t stop with music at Multichoice. Jade was also in charge of the marketing rollout for reality tv shows like the Real Housewives of Johannesburg.

Jade made sure to tell me that in the course of her journey, no one ever made her feel bad for not having a university degree.

“I was very aware of the fact that I didn’t have an undergraduate degree. It was a personal insecurity, to be honest, nobody put that in my face. I never got to a situation where people said ‘you don’t have an undergrad degree therefore you’re not qualified for this job’.”

In 2017, she enrolled for a bachelor’s degree in business administration and marketing with a major in marketing management.

She got her degree last year and hopes to pursue a postgraduate degree in the near future.

TuneCore and the future

Jade had made the decision to plant her feet at Multichoice when she got a call about TuneCore’s plans to start operations in Africa. In her signature style of being always open to new opportunities, she responded as she had before, “Okay, let me hear more about this role.”

TuneCore’s expansion was coming at a time when the export of African music across the globe had been on the rise.

One of the things about TuneCore’s offering that Jade Leaf is most proud of is their commitment to giving independent artists 100% of their revenue without taking any cuts. For her, the main concern is making sure artists know what is due to them and learn more ways to earn more.

“I think we’re very in tune with the fact that we have an immense amount of talent on the continent. And I think, once we build an ecosystem, where our artists – and I don’t just mean music artists, I mean, the actors and the writers – are able to earn fairly and in a way that makes sense for them, it will be so amazing.”

When I try to take a look into the crystal ball and ask Jade Leaf about her plans for the future she gives me a concise answer that I think sums up her raison d’etre.

“If you look in my career over the years, there’s always been some level of contribution to music and culture and I think for me, as long as I’m doing that, at some level where I can actively make decisions, then I’ll always be fulfilled.”

“So I’m not chasing a certain role or title. I think, for me, as long as I’m contributing to creating an infrastructure for Africa, for the music and entertainment industry, I think that’s my life’s work. That’s what I want to continue to do for years to come.”