TechCabal Daily – A banquet of consequences 🍛

Guess which company is now worth (roughly) three times Toyota Motor and accounts for about 35% of the market cap of all automakers in the world? .

On Friday, Elon Musk’s electric vehicle company took one step closer to a market valuation of $1 trillion as its share price surged to an all-time high—thanks to a strong quarterly result that showed the company is faring much better than traditional carmakers in handling the semiconductor shortage.

Robert Louis Stevenson was right when he said, “Sooner or later, everyone sits down to a banquet of consequences.”

Who’s at the table this time?

Last week, Kepple Africa Ventures, a Japanese venture capital firm, announced it was cutting all ties with Wapi Pay. The decision followed the circulation of a video on social media which showed two men engaged in a brawl with two women in the lobby of Nairobi’s Ole Sereni Hotel. In the viral video, the Ndichu twins allegedly assaulted two sisters.

In August, Kepple Africa Ventures participated in Wapi Pay’s $2.2 million pre-seed fundraising round alongside other investors including EchoVC, MSA Capital, Future Hub, Gobi Ventures, and Transsion Holding, who have remained quiet on the issue.

But could the morality-over-money decision lead to legal action against Kepple? Michael Ajifowoke looks into that and other recent developments of the story in this article. 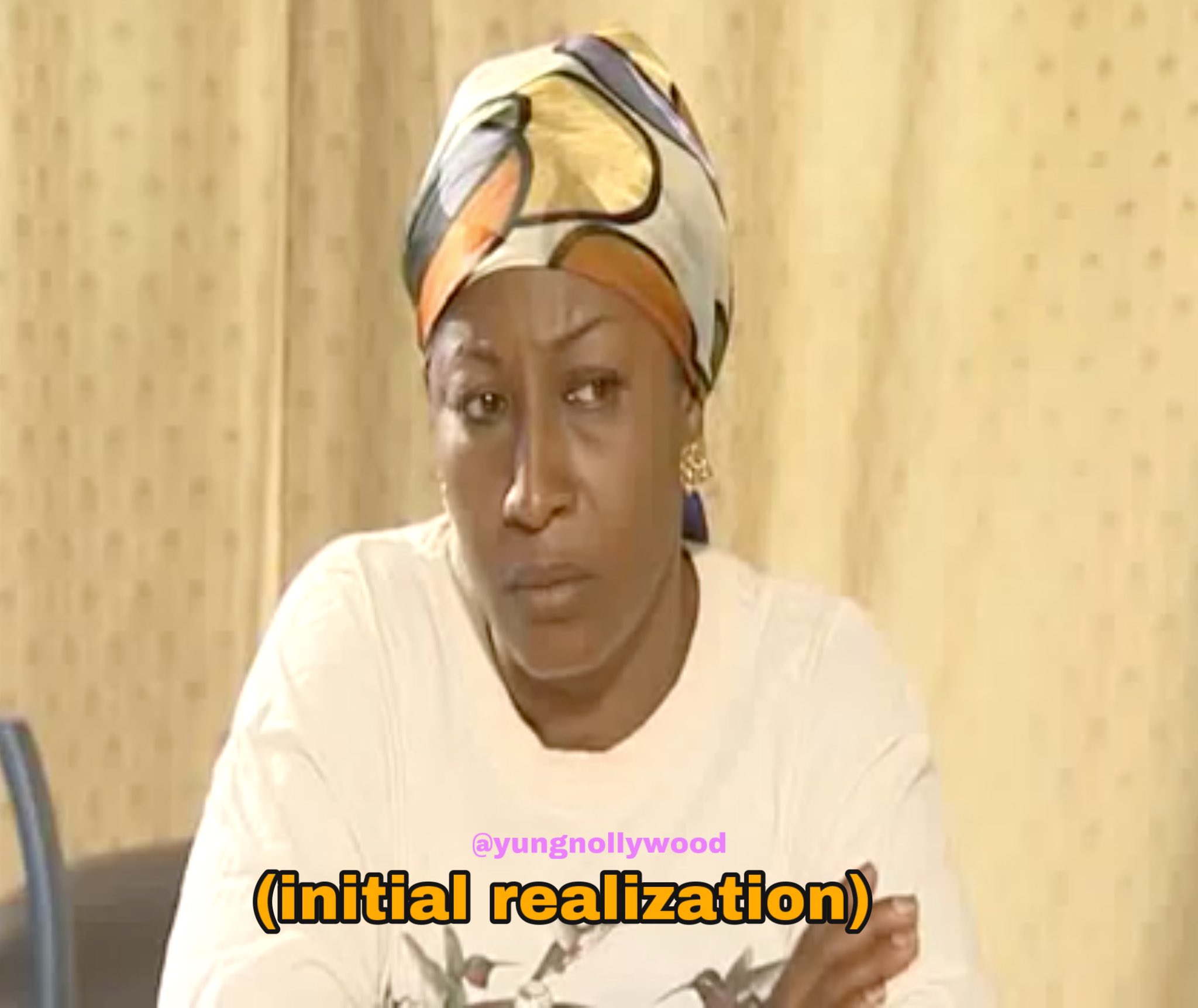 The African and South African smartphone market in particular has a new player on the block. .

Honor, the smartphone brand spun off from Huawei Technologies. It has revealed ambitious plans for the South African market, it’ll be launching two new smartphones in South Africa in November.

Remind me about Honor: Honor, which was previously the budget, youth-orientated smartphone brand inside Huawei, was sold to Shenzhen Zhixin New Information Technology, a state-owned company controlled by the Shenzhen municipal government, in November 2020. It was done to save the brand after the US, under former President Donald Trump, imposed crippling sanctions on Huawei and its subsidiaries. The Biden administration has kept those restrictions in place, which has crimped Huawei’s ability to source equipment, chips and other hardware, and forced Google to stop supplying it with its apps for Android, including Search and Maps and the Play Store.

Why South Africa? Why now?

Honor is hoping to fill some of the void left by Huawei in Africa, which no longer has access to Google Mobile Services—the suite of Google apps for Android—due to US sanctions.

The approach: Honor plans to invest directly in South Africa rather than working through a distributor, as some other Chinese smartphone brands have done in the past. The company will launch the high-end Honor 50 and the mid-tier Honor 50 Lite which is expected to have a price range of between $375 – $580.

Kelvin Cao, a former Huawei executive who has been appointed as CEO of Honor Africa, said Honor doesn’t want to flood the market immediately. Rather, it will focus on these two devices and getting consumers familiar with them first.

Zoom out: As at Q2 2021, 75% of the African smartphone market was dominated by three brands: Transsion (Tecno, Itel, and Infinix) with 47.4% unit share, followed by Samsung and Xiaomi in second and third place, with respective unit shares of 19.3% and 9.1%. Honor will have to fight its way to challenge the incumbents, as they’re also looking to gobble Huawei’s declining market share.

Employees of Seamfix Launch #AnActofKindness Initiative to put Smiles on the Faces of Orphaned Children.

Seamfix clocks 14 years in business and to celebrate this great milestone, her employees visit the Vigilant Heart Orphanage where they donate towards the well-being of the children.

However, with the rise of platforms such as Spotify, YouTube Music, uduX, and Audiomack, the tide is shifting. The convenience of accessing the same playlist on different devices, coupled with music recommendations, is appealing to many African. The increase in smartphone penetration across the continent has played a major role in this change in consumer behaviour.

The growth prospects of music streaming on the continent are huge. Revenue is expected to grow at an annual rate of 16.11% between 2021 and 2025, leading to a projected market volume of $493 million by 2025. User penetration is also expected to hit 4% by 2025 as users increase to 52.8 million in the same year.

Yet, compared to other regions, the continent remains far behind with a single-digit user penetration rate. It is unclear how many people are streaming versus those downloading their favourite songs illegally. 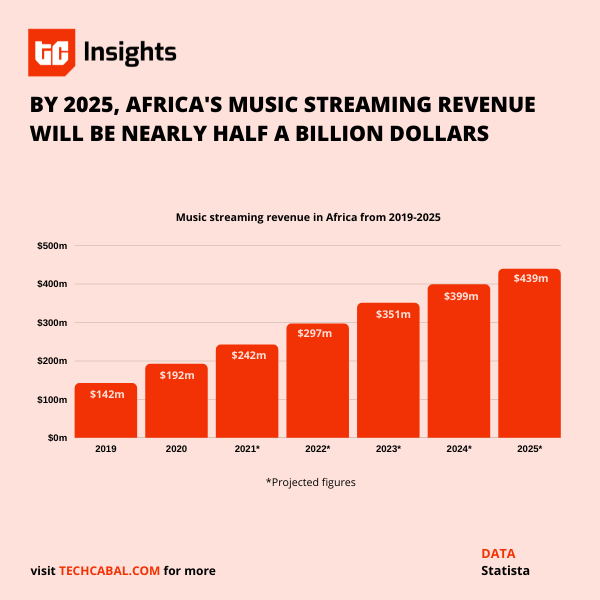 A major issue limiting the growth of streaming is the cost of internet subscriptions. Presently, sub-Saharan African countries have some of the highest data costs, with 1GB of mobile data costing $6.44 on average. This puts streaming services out of the reach of many. Coupled with the growing inflation across the continent, more Africans are unlikely to stream music online

Yet, streaming platforms are unrelenting in their efforts at gaining more users. A number of them are innovating around this constraint by building lighter versions of their original app. These lighter versions or “lite”, as they are commonly called, work with low-end smartphones and lower internet bandwidths—a strategy aimed at attracting low-income earners and residents outside major cities. Some platforms also offer free downloads, which reduce the amount of data users consume.

Streaming holds some economic benefits. An increase in the use of streaming services would mean more income for African artists. In 2018, a paltry $88 million in license and usage fees were collected by African composers—a figure that was less than 1% of global revenues. On the other hand, revenues from digital music increased by 36% between 2014 and 2018 and are expected to grow in the coming years.

With more global streaming services entering the African market, music artists have a higher chance of being heard in more countries. Furthermore, as competition intensifies between diverse streaming platforms, more people get to listen to music while musicians earn royalties.

Get our research brief on music streaming in Africa here. You can download all our reports here and watch videos from our events. Send your custom research requests to tcinsights@bigcabal.com.

The AfriLabs Annual Gathering 2021 is themed “AfriLabs at 10: A Decade of Empowering and Inspiring Innovation across Africa”, and is scheduled for the 27th – 29th of October in Abuja, Nigeria – attendees can also join virtually. 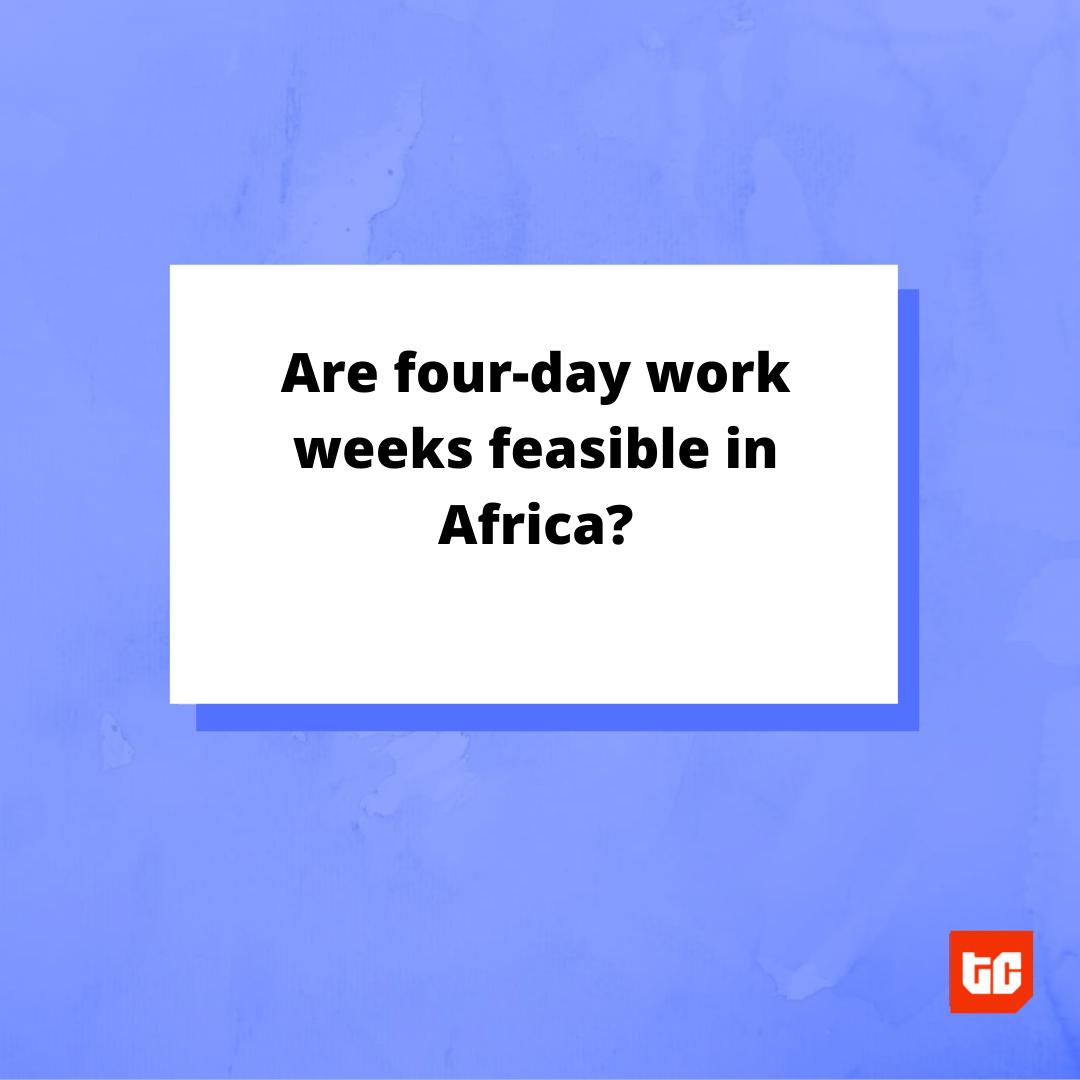 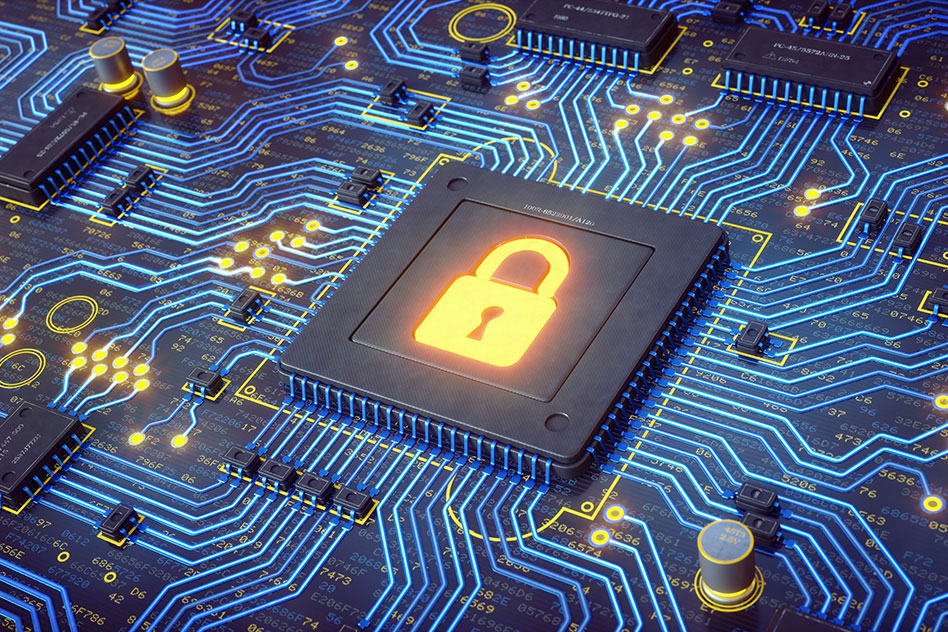