“The African tech ecosystem will remain unshaken in this economic downturn,” founders and investors say 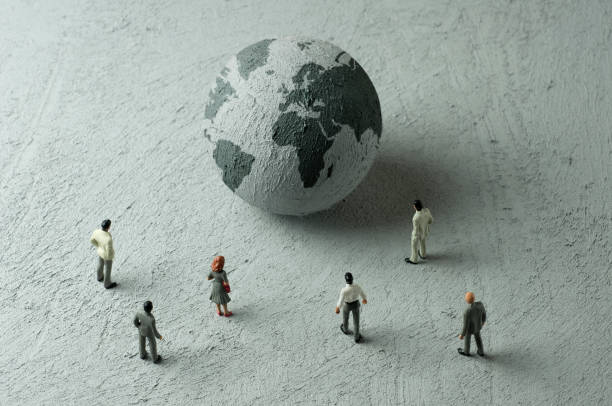 In May 2022, after over a year of the tech stock market bull run and record billion-dollar investments raised by startups across the globe, the effects of the global economic downturn started to trickle in. Tech companies around the world laid off more than 15,000 employees that month alone, and over 65,000 tech employees have been laid off so far this year, according to lay-off aggregator Layoffs.fyi.

Y Combinator, Sequoia Capital, and other tech investors advised portfolio companies in May to buckle up for hard times and plan for the worst. Heeding that advice, African startups started responding with firings.

At the end of May, Egypt-born mobility startup Swvl, announced plans to lay off a third of its workforce, a few months after becoming the first African startup to go public via a special purpose acquisition company (SPAC). Kune Food, a Kenya-based cloud kitchen, shut down in June, automatically laying off 90 employees, just one year after raising $1 million pre-seed. Earlier this month, Kenyan logistics startup Sendy laid off 10% of its 300 staff members.

All 3 startups attributed the downsizing to the global economic downturn.

These announcements are possibly just the first few out of many to come, raising the question: how are African founders and investors responding to this economic downturn?

This question was the centre of discussion at a recent event organised by Ingressive Capital between African startup founders, investors and executives from Google such as managing director, sub-Saharan Africa, Nitin Gajria; director, West Africa, Juliet Ehimuan; and head of startup ecosystem, Africa, Folarin Aiyegbus.

Richmond Bassey, co-founder and CEO of investment platform Bamboo, which announced a $15 million series A in January, shared that it’s become more difficult for startups trying to raise capital in the second quarter of the year.

Different investors and founders in the room shared stories of startups raising down rounds and investors pulling out of commitments.  But not all companies are impacted the same way.

Roy Perlot, chief financial officer (CFO) of Kenya-based insurtech startup Lami Technologies, which recently raised $3.7 million in a seed extension round, shared over a chat with TechCabal that the company’s day-to-day business has not been affected yet.

“The businesses and people we serve still need insurance policies. Our B2B and direct segment continue to grow well,” Perlot said. “We were impacted a bit in our logistics segment because fewer containers which have to be insured are moving around in Kenya.”

To avoid being affected Lami has decided to focus on non-discretionary insurance products, as well as ​​by making payments more flexible and short-term.

“For some buy-now-pay-later platforms, we automatically provide life insurance on the issued loans. We offer per trip passenger accident insurance with Swvl, so when people pay the fares they are insured,” Perlot said.

Nosa Omusi, vice president of partnerships at Ghanaian logistics startup, Jetstream, shared that the company is focused on products backed by strong unit economics as opposed to rolling out new ideas and products and hoping that something sticks.

“I’m expecting more of that—startups struggling to raise and investors pulling out,” Barakat Adenike Sheriff, principal at Future Africa said. “But we’ll be able to weather the storm. I think we’ll still be able to do about $4–5 billion this year because most of the deals have been concluded and are just yet to be announced.”

By the end of the first half of 2022, African tech startups had raised a whopping $2.78 billion according to TechCabal Insights, a trend that hints that Africa is defying the global startup funding trend.

Getting creative with fundraising

In 2021, African tech startups raised a record $5 billion in venture capital funding, minting new unicorns such as Wave, Opay and Flutterwave. So far this year the African ecosystem is yet to announce a new unicorn as funding has slowed down and valuations have taken a hit.

Perlot shared that Lami saw the economic downturn coming and decided to speed up their fundraising campaign at the beginning of the year by opting for an unpriced round.

“We opted to go for a bridge extension round that wasn’t priced for that reason,” Perlot said. “Therefore we were oversubscribed very quickly and used the momentum to focus on closing the round rather than have the fundraising process take longer in search of better terms.”

​​An unpriced investment round happens when investors inject money into a startup usually at an early stage with an agreement to have shares issued in the subsequent priced round at a certain discount to the valuation of the “priced round”.

Adopting this conservative approach, Lami raised $3.7 million—although they initially targeted  $3 million. The $3.7 million is expected to fund the company’s growth ambitions for the next 24 months.

“Growth cures all problems in the end! I would advise other founders to think ahead and not just ramp up spending without seeing the traction increase to keep optionality as to when you go out and raise funding,” Perlot said.

While acknowledging the apparent difficulty in raising funds, Ife Durosinmi-Etti, CEO of Herconomy, sees this period as an opportunity for founders to become creative about how to raise funds by turning to a wider set of investors just like Herconomy did in November 2021.

Rather than only looking to VC firms, Durosinmi believes that many early-stage startups shouldn’t rule out high-net-worth individuals (HNIs) who could serve as angel investors.

Olabinjo Adeniran, co-founder of Future Africa, expects that the presence of vibrant angel networks on the continent could mean that the early-stage investment deals will keep happening.

“We might see more reasonable valuations for similar projects over the last year as I expect that there’ll be a lower appetite for higher valuations,” Adeniran said.

“VCs are the first to understand and admit a looming market downturn, sometimes exaggerated, but their projected returns are also quite ambitious,” Teriba said.

He explained that the current trend is relatable to many venture heads and partners who’ve been through previous market downtimes like the “dot-com” bubble, the 2008 global financial crisis, and the stock market downhill in recent months.

Staying alive: Back to the fundamentals

Last year, the cash influx in the startup space meant that it wasn’t just high prices investors were prepared to pay not to miss investing in startups, periods for conducting due diligence were drastically shortened, according to many African tech ecosystem players.

In the wake of the economic downturn, all of that is changing as investors are more patient and startups need to show a strong performance record, adjusting their plans where needed.

Malick Diouf, CEO LafricaMobile, a digital marketing platform in Africa based in Senegal, believes that even for startups with hyper-growth ambitions, frugality is a necessity for survival.

“It is not necessarily a question of reducing or limiting our ambitions but rather of recalibrating our priorities for a period which in my opinion is temporary,” Diouf said.

Teriba shared that for VCs “the advice is to keep telling founders to spend on growth and stability and have a runway to at least be in the market for the next 6–9 months.”

“Typically, funds set aside capital for their winners, which is a select few companies at the green tier showing steady growth and value with the potential to return the fund,” Teriba said. “Irrespective, the singular mandate of all fund managers is ‘making sure their portfolio companies have cash’.”

Diouf believes that African startups are positioned to fare better in this economic climate as most businesses and business models are built with frugality in mind because of the  continent’s unstable macroeconomic conditions such as inflation and the unstable political climate.

“It is also a good test of the robustness of our companies and our business models. I like to say that for companies that have resisted COVID-19 and this economic slowdown, nothing more can happen to them,” Diouf said.

Looking ahead, Omusi from Jetstream, believes that success in this season will depend on how startups balance their internal and external environment.

“The macro environment has decreased accessible capital. However, within your internal environment, you can put a greater focus on unit economics, revenues, customer acquisition, and retention. Startups need to focus on improving these metrics which are now under more scrutiny than they were this time last year,” Omusi said.

It’s still unclear how long this economic downturn will last or which startups and investors will be standing when this is over, but the general sentiment from many players is that the African tech ecosystem will largely remain unshaken.

“This period presents an opportunity for Africa-focused funds to shine, as they’ll find great opportunities to invest in at a good price,” Sheriff said. “It’s in periods like this that the best companies get built.”