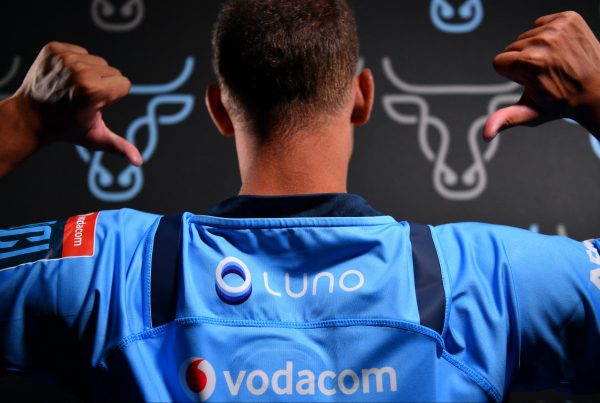 Luno was founded in 2013 by two South Africans, Marcus Swanepoel and Carel van Wyk. Today the company has more than 1000 employees and operates in over 40 countries with South Africa being one of its strongest and most active markets.

“Luno is focused on empowering people by building a new financial system which is more suited to the digital age. Like rugby, crypto can be unpredictable and volatile at times, but it is important to zoom out, stick to your game plan and think long term,” said Christo de Wit, Luno’s country manager for South Africa.

“Luno has an intrinsic understanding of what it means to have a competitive edge. As a trusted brand in the crypto financial industry, we are thrilled that Luno has decided to partner with the Vodacom Bulls,” Rathbone said.

The crypto ownership rate in South Africa is 10%, lower than the global average of 15%. About 5% of those surveyed in the country say they own bitcoin (BTC), with 2% saying they own ethereum, 2% dogecoin, and another 1% own cardano.

Overall, South Africa ranked 18th out of 26 countries for crypto adoption, according to the report.