When you’ve been doing this for a while, certain things begin to stick out. Patterns begin to emerge, and templates begin to bring themselves into existence. I’d normally start this by painting a high level picture of the circumstances surrounding the phone’s release, zoom in, pick it apart, feature by feature, and end it by telling you what I think. Not this time.

This time, I’m going to tell you for free that I like it, and that if you’re in the market for a low-mid range Android smartphone, this is as good as you’ll get it (at least, as at August 24, 2016). You can close this browser tab right now, go buy the Infinix Hot S and thank me when you do. But continue reading if you want you find out why, and what to look out for.

Let’s begin. The last Infinix phone I reviewed was pretty lightweight and the Hot S takes that idea multiple steps further in the same direction. I’m still trying to decide whether or not it’s a good thing because on one hand, I’m a huge fan of a company that acts sometimes like thin, light devices are the solution to world hunger, but on the other hand, I fear that people will drop it. A lot. I did, on purpose, and it came out unscathed. Mostly. The screen measures 5.2 inches end-to-end, and the body is made of some matte (gold, in my review unit) plastic material. As is usual with Infinix, it’s got three capacitive buttons below the screen on the front side, a micro-USB port for power and media transfer, and a 3.5mm jack at the top, which is a bad idea because it forces you to make weird hand movements when taking it out of your pocket (and forces you to contend with headphone cables when you hold the phone upright). I won’t stop complaining about this until someone starts designing these phones better. (No, you shut up). Another potential pain point for users is the fact that if you want to use a microSD memory card with the Hot S, it forces you to take out one of the two micro-SIMs first. Many people will find this to be an inconvenience, but I really don’t care, since I (prefer to) use just one phone number. Infinix’ LCD display is a good one (1080 x 1920 pixels at 423 pixels per inch no be beans), but I found it a tad oversaturated and I cannot figure out whether that’s a problem with their UI skin XOS (more on that later) or not. Colour deluge aside, it’s pretty sharp, the brightest setting is bright enough to use in the sun, and the dimmest didn’t blind me at 3am. Funny: while I think the display is a little oversaturated, I thought the opposite about the 13MP rear shooter. That one’s a bit undersaturated (Techpoint noticed it too, and called it a “greyish hue”).

You see, this is hands down (one of) the best rear camera(s) I’ve seen on a smartphone this price. I mean, it’s not the amazing wonder that the Samsung Galaxy S7 Edge’s shooter is (because you’re not paying Samsung Galaxy S7 Edge money), but it does take some pretty dope shots. See them for yourself. The front camera opens up by default in a “beauty mode” that frankly I prefer to do without. It’s better executed now, than it was in the Infinix Hot 3, but I don’t think it’s there yet. It works by blurring out facial spots et al, but I think ALL pictures look better without it. Nah. Thankfully, tucking it away was as easy as tapping the /normal/ button in the camera app. The actual photos taken with the front camera were surprisingly good. I gave it to Joseph, one of our interns at Big Cabal, and he took a ton of photos. Here’s one of them, where he caught me making a can of Power Horse disappear. (._. ) There isn’t much to be said about the UI skin, XOS (based on Android 6.0 Marshmallow) on this one. I liked it in its first iteration, and I think I like it even better now. I definitely the favour the vertical app drawer scrolls vertically (it’s the same on my LG G5), and is arranged alphabetically.

But I’m not too concerned about app drawers (Apple fanboy et al), just good looking home screens. The only thing I don’t like about the home screen on this one is the small square button that launches the app drawer. I don’t know what it is, but there’s something about the (a)symmetry of it that puts me off. Meh. There was also some text-wallpaper roulette going on on the lock screen switching between aggregated (and hopefully not written by some Infinislave locked in a dungeon) news, historical facts, and motivational platitudes (which Nigerians can’t get enough of). That’s a potentially useful feature, if you ask me. I could get used to randomly picking up my phone to know “what’s up?”.

What’s up with processor performance and battery life? I know that’s what you’ve been waiting for, so I won’t draw things out further. I say the Hot S ticks both boxes and it’s not surprising really. Processor speeds are improving at an incredibly fast pace, and even the cheapest phones are becoming capable enough for almost everything everyone needs to do.

It’s becoming redundant to nitpick about performance because I haven’t been let down in months (except maybe when the Blackberry PRIV started overheating). The story isn’t exactly the same for the juice pack in this phone, because battery technology hasn’t improved phenomenally in the past 5 years. You can get a power bank to augment it if you’re a scaredy cat, but I don’t think you should because I didn’t have to.

‘Nuff said, but if you want the specifics…it’s got a 3000 mAh battery that (at full brightness, multitasking, et al) took me just under 7 hours. Real world usage will extend that to 11-12 hours, which is essentially a full day. Nothing new here, plus there’s a near-military ultra low-power mode and quick (or is it flash?) charging via micro-USB so you get from 0% to 50% in no time.

I hate the speakers. There’s absolutely no bass representation, and it reduced the punchy bass drums in Daft Punk’s Harder Better Faster Stronger to wimpy stabs. Not cool, but I guess I may be asking for too much.

*gets angry because they are on top end of the phone, not the bottom* Oh, yes. The fingerprint scanner. This is the first Infinix smartphone to include one of these, and I’m pleased to report that the one in my unit worked just fine. Not as fast as the iPhone (of course not), or the LG G5, but good enough that it was not a problem. You can use it to unlock the phone, answer calls, take photos and all that jazz.

Hmm. What do I think? Most of the time, the Infinix Hot S did well in the things that are important to me (like the camera, the UI skin, performance etc.) and fumbled the things I could easily fix (like the bad speakers) or didn’t care about anyways (like the micro-SIM <> microSD card thing). If I was in the market for a low-mid range Android smartphone, then I’d pick this over any other phone in this range on the market. For its build/design more than anything else, I’d certainly pick it over its brother and main competitor.

It’s only a little more expensive than I mentally valued it, but I know that’s because the value of the Nigerian Naira has since crashed against the dollar, and so we have to pay more Naira now, for the same amount of dollars, than say…8 months ago. Consider the fact that I’m willing to pay the new price, and that’s more of a recommendation.

Even though all these macro trends keep messing with our definition of a “low-end smartphone”, perhaps what it’s more indicative of, is the fact that you no longer need to spend a ton of money to own a well-made (by most people’s standards) device. I think we can consider the high-end flagship market a much smaller one because of phones like these.

If this review made you want it, Saruman says you should go ahead and buy the Infinix Hot S. I hear you can get it on Jumia for around 45,500. 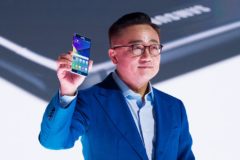 It’s coming with a stylus called SPen, an Iris Scanner, and a curved screen like the one on the S7 Edge 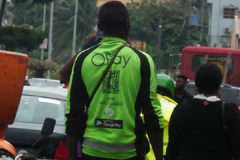 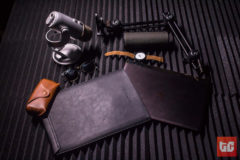 If only there was a little more attention to detail… I think the G5 has given us a blueprint for the future of the smartphone. It’s a nasty exterior getting in the way of delicious innards. The Tecno Boom J8 could use a bit more oomph
Gadgets, Reviews
Tola Agunbiade
4th May 2016

Okay, maybe more than a bit Jide Technology wants you to abandon your Windows PC in favour of an Android computer. Will they succeed?