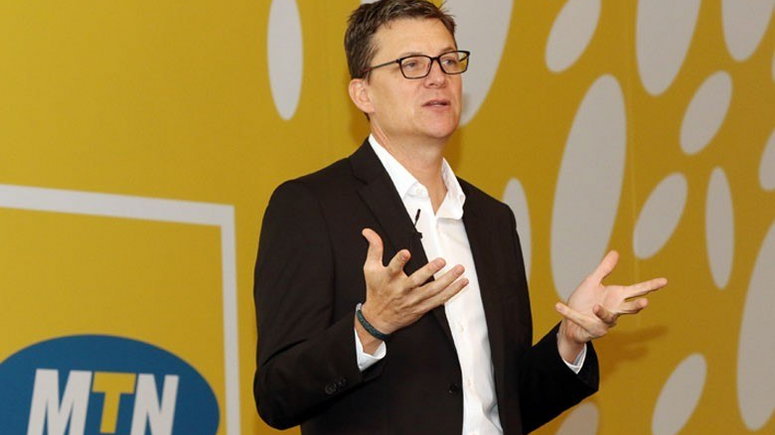 Rob Shuter will step down as MTN CEO by March 2021

For the first time in 23 years, South Africa’s Johannesburg Stock Exchange (JSE) plunged by more than 9% at the close of trading on Thursday, thanks to coronavirus.

MTN’s performance this week comes on the heels of an announcement that group CEO Rob Shuter will leave his role when his fixed four-year tenure ends in March 2021.

Shocks at the JSE follow the course of major global markets reacting fitfully to the coronavirus pandemic.

The UK’s main index fell by 10% on Thursday, its worst outing for a single day of trading since 1987. Same pattern of loss reflected on the Dow Jones which fell by 10% and the S & P 500 dipping by 9.5%. Trading was automatically suspended in the US for the second time this week to pause the pace of plummeting shares, the BBC reports.

After US President Donald Trump announced a ban on European travel, shares have been in a swing, dipping and rallying late as at Friday. Depending on the success or failure of global coronavirus containment, sell-offs by risk-averse investors in US, UK and other European markets could reverberate to Africa in ways that will impact the continent’s tech economy.

South African companies in particular could have cause to worry more than others. As at press time, 24 cases have been confirmed by the country’s Department of Health. The number is expected to rise in the coming days as more tests are done.

2019 was MTN’s 25th year of operations. It’s customers grew by 18.2 million to 251 million, while users of its fintech products increased by 7 million to 35 million. Replicating those numbers over the course of the present financial year could prove to be challenging thanks to the estimated coronavirus effect on global economies.

In terms of human fatality, Africa has not been as hard hit by coronavirus as have China, Italy and the US. Yet, economic worries exist due to the interconnection between the continent and global trade and manufacturing hubs.

A McKinsey advisory published this week projects that sub-Saharan Africa might experience a GDP slowdown by the end of this quarter though Chinese recovery should fuel renewed investment and trade.

Coronavirus will not be the only factor to monitor as shares of African tech companies go up and down. A 15% drop in MTN’s stock on Monday (9 March) was a reaction to the fall in global oil prices impacting its biggest market in Nigeria.

The oil price fall was itself a response by global producers to coronavirus, but the underlying geopolitical tensions that predate the virus add to the risks tech companies must insure against in the coming months.