The New Normal: A bumpy year for Uber drivers 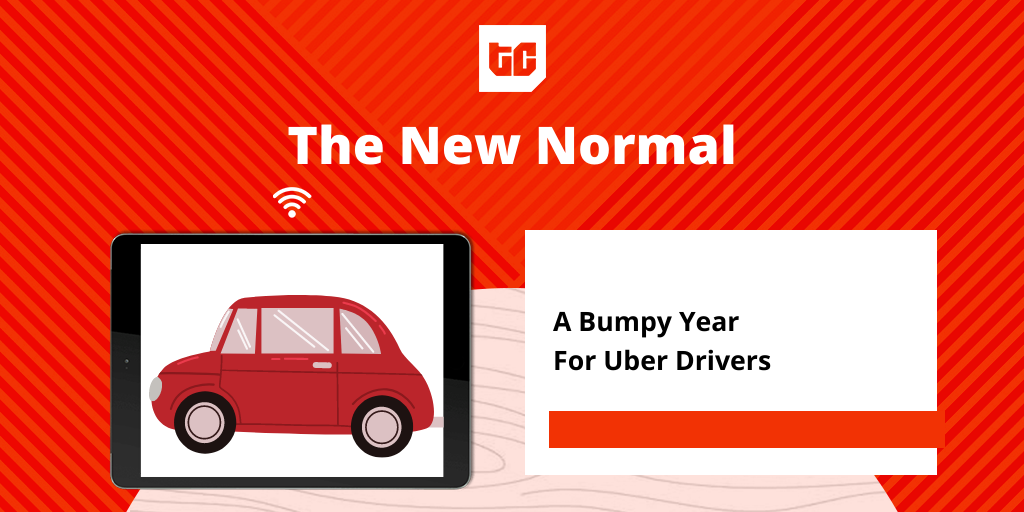 In 2020, the world had to learn to work from home. Across Africa, in various sectors, people have had to surmount learning curves and adjust to a way of life many thought to be years in the future. At Tech Cabal we wanted to show Africans thriving as they work remotely. So, from online therapy to ‘WhatsApp High School’, here are stories of Africans living in the new normal.

Today, our subject is Efosa, a cab driver using ride-hailing platforms for the first time in 2020.

As a student at the University of Benin, Efosa* would drive a 7-seater Nissan Vanette bus around campus, conveying fellow students to bus stops and supporting himself with the proceeds.

But since graduating with upper second class honours in 2017, he’s been unable to secure white-collar employment.

After scraping through 2020’s pandemic, in September he decided to invest his savings and bus-driving experience in a Toyota Corolla. He joined the thousands of red-yellow taxi drivers in Benin, the Edo state capital in southern Nigeria.

A few weeks later, he was urged by friends to get on an online platform that would expose him to more customers.

“Even though you dey inside house they go just link you up,” he says, in that distinct Niger Delta flavour of pidgin English, as we drive past his alma mater’s main gate.

Cheerful and chatty, the 33-year-old appears content and in control of his affairs. He’s yet to work for a straight week since signing up on Bolt in October. He likes the flexibility of not being bound by a contract mandating a fixed number of days or hours before he is paid.

“If your money is ₦2, they will send you your ₦2 at the end of the week. If it’s four days you’re able to work, you get your alert for four days’ work.”

Efosa is in a better place than he’d been at the start of 2020 despite the turbulence in his industry over the past 12 months. The pandemic and regulatory back-and-forths provided a landscape different from the free-for-all roadshow that was 2019.

This time last year, OCar was abuzz in Lagos. Everyone was fascinated by those sensational discounts aimed at luring new drivers and riders.

The OPay-powered platform shook up the market. It was seen as formidable competition to incumbents – Uber and Bolt – on price, and a notable step in the fintech company’s quest to become OEverything.

But OCar has packed up. OPay shut it down in July “due to the harsh business conditions which have affected many Nigerian companies, including ours, during this COVID-19 pandemic, the lockdown, and government ban.”

To be sure, it was suspended together with OPay’s other non-fintech verticals. But that it was not deemed exceptional enough to survive suggests those mammoth freebies did not win sticky customers.

But OCar’s competitors couldn’t celebrate this demise. In August, the Lagos state government contrived a plan to regulate the industry by floating a number of licenses and levies.

The guidelines demanded stringent new requirements from both ride-hailing companies and drivers. One section mandated user data sharing with the government.

But after outrage from the public, the fees were revised downwards and the government clarified that it wasn’t asking for identified data. Costs have risen significantly on both platforms.

Whether or not it was intended, the government’s regulatory fights with Uber and Bolt raised suspicion that it was attempting to favour Ekocab, a ride-hailing service that launched before the heat of the pandemic.

Ekocab went live in March to provide an online platform for Lagos’s traditional yellow taxis with most drivers aged 40 and above.

It has failed to capture the public’s imagination or be a serious threat to Uber and Bolt. It didn’t help that the service was launched barely a month after motorcycles, tricycles were banned in Lagos, all but killing a buzzing bike-hailing sector.

Another company called UNIVASA has launched this month to make another attempt at rebranding the yellow taxis for the online consumer, though Ekocab says they are still working with the yellow taxis, according to Techpoint.

Will UNIVASA’s ‘Baba dey online’ tagline impress Lagosians? We’ll have to wait a few months into 2021 to find out.

People like Efosa remind us that there is an industry outside of Lagos. This December, a new ride-hailing company called PayRide launched there. They’ve attracted drivers by making registration free and offering free mobile phones per sign up.

Efosa tells me he has signed up and is looking forward to what they offer (the phone promo had stopped by the time he got there). I spoke with six other drivers in the city and like him, they are all inactive on Uber which launched there in July 2019 to compete with Bolt but appears to have struggled for traction.

As much as he is grateful for Bolt, Efosa stays hustling for offline opportunities.

He still has his taxi sign, ready to place it on his car when slow traffic for long-distance travel can yield higher fares. He drives his car to Lagos, Imo, and Abuja for special trips, where he makes up to ₦50,000 ($132) with other expenses paid.

Back in March, I rode through Abuja’s city center with Chimezie, a greying father of seven who is spending his retirement on Bolt. He had careers in the Police and at the Nigeria Export-Import Bank.

It was only his second month on Bolt and he didn’t look assured navigating the app. He sped past a right turn at one point. He would stop driving if something better came up – he still had children in school – but this was his happy place until such a time.

I wonder how he fared through the pandemic, whether he’s become more proficient. What does 2021 have in store for him and this ever-changing industry?