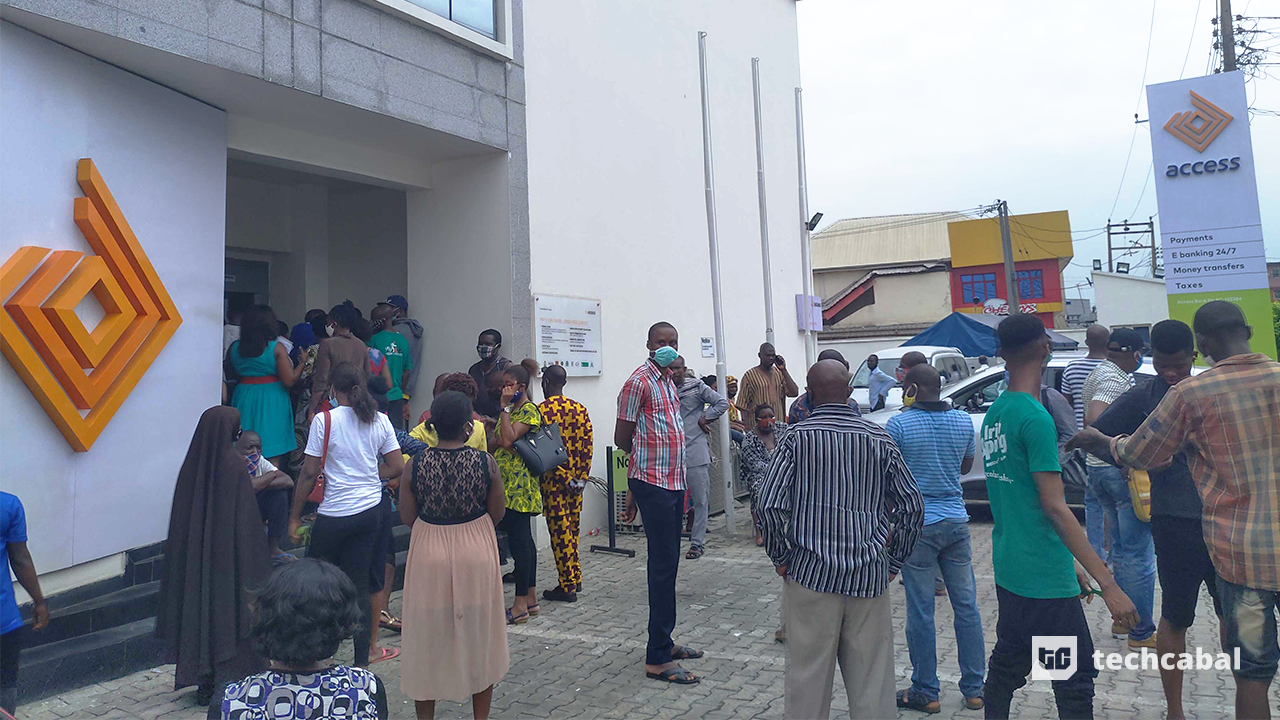 Customers at an Access Bank branch in Lagos, Nigeria in May 2020.

On Tuesday evening, James Chijindu went to a mall in Lagos to grab a meal and groceries. When it came time to pay, his Guaranty Trust Bank and First Bank debit cards were unresponsive. So he called a GTBank helpline and the message was clear; Chijindu’s account was closed in accordance with the directive of the Central Bank of Nigeria asking commercial banks to stop facilitating cryptocurrency transactions in Nigeria.

“I will go [to the bank myself] because they are supposed to write to me or inform me,” Chijindu says.

At least GTBank responded to him and gave a reason. Chijindu admits that he had indeed traded cryptocurrency with the bank account. But he did not do so with his First Bank. His First Bank account officer did not respond to his call that evening.

“I am confused. Did they use my BVN to block my accounts?”

It’s a valid question; one bank verification number (BVN) can be used to connect multiple accounts belonging to the same customer. It remains to be seen whether more account holders will suffer same fate.

Where GTBank and First Bank closed Chijindu’s account without notification, at least one bank has sent account closure mails with some explanation.

In a screenshot of an email received by an Access Bank customer and seen by TechCabal, the bank said it reviewed the customer’s account activities and “observed that transactions therein have been linked to cryptocurrency trading.”

The email goes on to say “Due to the unregulated nature of Cryptocurrency trading and the further directive from the CBN, we are unable to serve as your organisation’s financial partner going forward.

We have therefore proceeded on the closure of your account and a draft will be issued to you for the equivalent sum in your account.”

Though the language of Access Bank’s email refers to this customer as an organisation, the closed account belonged to an individual, not a business.

The account closure email advised the affected customer to visit any of the lender’s branches around to request for a draft of his account balance. Chijindu was also advised to do the same by the GTBank officer he spoke to.

TechCabal sent several requests for comments to communication representatives at Access Bank and GTBank, but had gotten no reply as at the time of this report.

The accounts closure appears to be the enforcement of a new law on activities that were not illegal when they were performed. Until the CBN’s recent circular, it was okay for people to trade crypto with their bank accounts.

In response to the order, crypto exchanges have mostly moved their funds from Nigerian commercial banks.

While the CBN’s main reason is that cryptocurrency trades grant anonymity to people who may have malicious or fraudulent intentions, some observers have pointed out that most crypto exchanges do in fact have Know Your Customer procedures aimed at discouraging fraud.

GTBank is adopting a holding company structure, to consolidate its banking gains and accelerate growth in payments. A billion-dollar IPO is on CEO Segun Agbaje’s roadmap. The bank has typically positioned itself to appeal to Nigeria’s younger population, especially people in tertiary institutions and at the early stages of their careers.

That campaign enticed people like Bolu* who has been a GTBank customer since she was a university student 6 years ago.

When she noticed that her account was closed, she called her account officer to find out how to reopen it and was told to write a letter promising to no longer trade cryptocurrencies. She has written the letter and will probably continue banking with them because she “really likes GTB” and it’s “just easier” than opening a new bank account elsewhere.

But Chijindu, a 30-year old business development manager, is not impressed by this account closure experience and will not be banking with GTBank again.

The loss of one customer will probably not affect the bank but with many young Nigerians trading or having traded cryptocurrency, it is expected that more accounts will be closed. Then, the bank may just have a sizable problem on their hands.