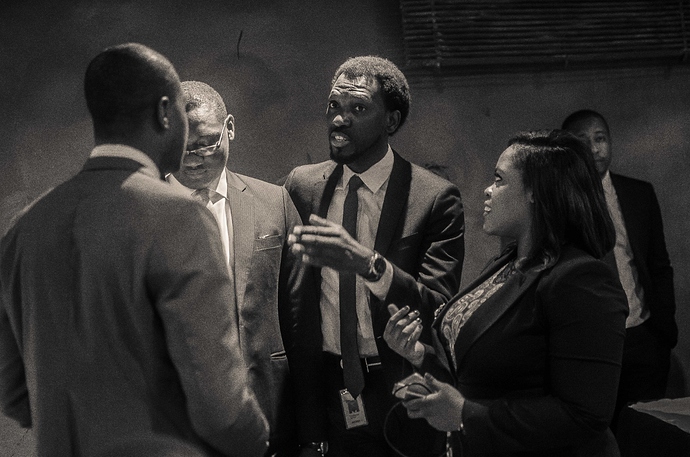 From 12:12 am WAT on Wednesday, March 10, through dawn, tech Twitter in major African cities bubbled into a broth of inspirational quotes and hot takes. “Flutterwave” was a trending topic in Nigeria with over 10,000 tweets before 10 am.

Much of that attention was focused on Olugbenga Agboola, the fintech startup’s CEO, and his team of 300+ staff members spread across their headquarters in San Francisco and Lagos.

The feat sets 2021 up to be Africa’s best year yet for fintech funding as investors swoop in to ride the growing wave. Tyme Bank, Adumo, Diool, and Stitch helped open this year’s floodgates. African startups have raised about $566 million in 2021 with 60% going to fintechs, according to a TechCabal analysis.

Cheers for Flutterwave’s unicorn-ness is as much for their product adoption and growth across Africa as it is a celebration of the role investors play in building startups and ecosystems. In his congratulations to Agboola and Flutterwave, Aboyeji thanked “angels and rebels that gave life to an unlikely mission.”

It’s an important point. Flutterwave’s plans in 2016 would have hardly taken off without individuals, and (later) firms that signed checks to back their rough-edged ideas and ambitions.

Agboola alludes to this himself. “If we didn’t get our Series A funding the time we did, which effectively helped us scale, we probably wouldn’t be here,” he wrote on the company’s blog this week.

None of these actors directly built or designed the Flutterwave products that serve 290,000 merchants in 20 countries. But by looking at what they brought to the startup at different stages, we can see a need for more investor communities in Africa.

In August 2016, just a few months after it launched, Flutterwave became one of two African startups to be accepted into YCombinator’s accelerator program. Aaron Harris, a partner at YC, wrote at the time that “Flutterwave is changing how money moves for an entire continent.”

Startups apply to participate in YC’s program not just for the $125,000 seed investment on offer but to benefit from the expertise of partners and the network of startups.

Passing through YC and pitching on demo day tends to validate startups. It sends an inviting signal to institutional and angel investors.

Zachariah George, a former investment banker at Barclays, was introduced to Flutterwave through Stanford and YC’s alumni networks. After becoming convinced that their solution would make it easier for African merchants to receive and make payments, he chose to invest.

George has invested in over 70 early-stage African startups and runs the Africa division of Startup Bootcamp (a YC-like accelerator that has deployed €727milion in 950 startups). As he sees it, the validation from YC and organisations of similar reputation adds a spring in the steps of most startups.

So is there a correlation between having global investors and growing quickly?

“I think it is more perception. Having global investors on your cap table that have backed other fintechs in the past gives more confidence to banks and insurance companies to want to work with you. It’s more an indirect benefit but comes with huge value,” George says.

Pre-seed startups can receive useful money from angel investors within months of launch. But those well-meaning individuals may not have the bandwidth to attend to the startup’s operational and product development needs. Accelerator programs tend to play that venture building role.

Flutterwave was well-positioned to receive hands-on support from Big Tech companies who had their eyes on Africa.

In addition to an intensive two-week training in San Francisco, that cohort received equity-free support, credits for Google products, and expert mentoring even after the program ended. Google for Startups grew to include 20 African startups in 2020 though it was held online due to the pandemic’s restrictions.

By July 2017, after the all-expense-paid training in San Francisco, Flutterwave raised $10 million in a Series A round. It was led by Greycroft Capital and Green Visor capital, two Silicon-Valley-based venture capital firms.

In four countries, Flutterwave had processed $1.5 billion transactions in over 14 million transactions at this time. They had 10 bank partners. All within a year of operations. Two and a half years passed till they raised $35 million in a Series B round, but they secured some strategic partnerships within that interval.

Mastercard invested in late 2018. A partnership with VISA led to the creation of GetBarter, a money transfer and financial management app, at the beginning of 2019. Later that year, Flutterwave became Ant Group’s partner for China-Africa payments after Agboola participated in the eFounders Fellowship, a founders’ training program by Alibaba, Ant Group’s parent company.

One other big partnership has served Flutterwave’s high-growth ambitions: Endeavor.

An international network of 2,141 startup entrepreneurs in nearly 40 markets, Endeavor builds a community of experience around young startups, especially in emerging markets.

Endeavor invested in Flutterwave’s Series B through Endeavor Catalyst, the network’s investment arm but support has also been non-monetary.

Two examples: the organisation helped organise a team of student volunteers from MIT’s Sloan School of Management to work with Flutterwave on strategic partnerships. In 2020, Endeavor helped Flutterwave to engage the US division of EY, the consulting firm, to work on their recruitment and talent performance strategy.

Startups will be better able to handle operational challenges by themselves as they grow. But global investors or communities like Endeavor that have a global base of mentors (one of whom is Reid Hoffman, the billionaire founder of LinkedIn) can help push startups to that inflexion point.

Agboola wants to list Flutterwave on the New York Stock Exchange soon, in what could be another unprecedented African fintech feat. It will be an opportunity for many current investors in the company to get their capital with returns.

But an IPO is also a fundraising opportunity, only this time it is more open to the public. When that happens, Nigerians could access FLTW (yes, we’re predicting the ticker now) on stock investing apps like Chaka, Rise, Bamboo and Trove.

In a way, that hearkens back to 2016 when Flutterwave was a sparkle raising money from individuals. Should it become a public unicorn, expect Agboola to continue pledging accountability to customers, to staff and, yes, to investors.