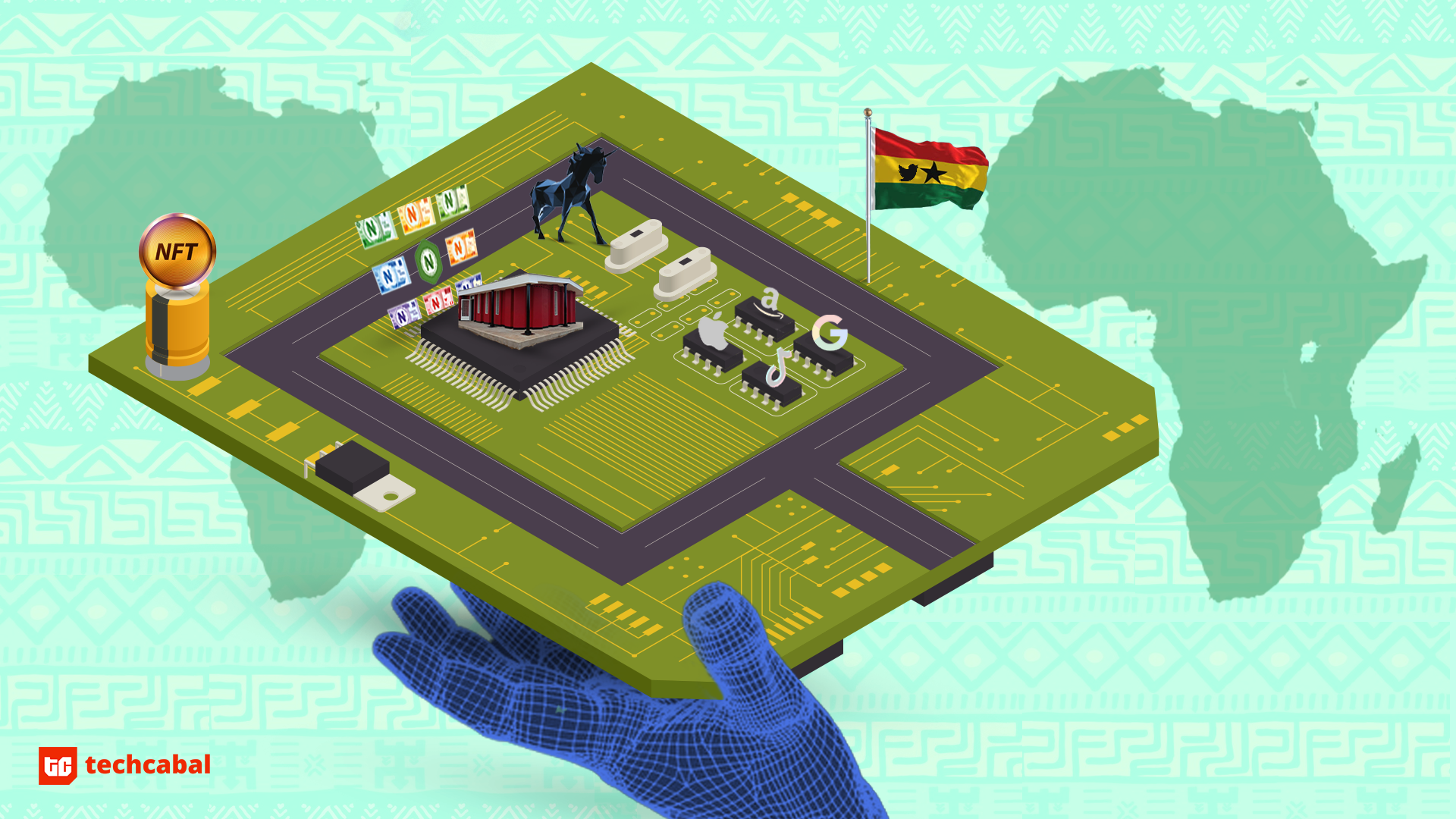 The growing popularity of NFTs has puzzled many, yet it has opened the door for artists and creators from Africa to sell their content to a global audience. With global sales of NFTs topping $2.5 billion in the first half of 2021, we saw African artists like Niyi Okeowo and Nyahan Tachie-Menson sell thousands of dollars worth of NFT; Osinachi sell $75,000 worth of crypto art in 10 days; and Nyasha Warambwa’s work got featured on the New York Times Square billboard.

The world’s first 3D printed school opened its doors in July, in Malawi. The school was built by 14Trees, a joint venture between a British development firm and a Swiss company that specialises in building materials. The school’s walls were printed in just 18 hours, compared to the several days it takes to build with conventional building materials. The process in general significantly minimises the time, cost, and materials used for building houses and schools. Hopefully,  this technology can help address the severe shortage of schools in the country.

2021 year was a landmark year for the African tech ecosystem, raising over $4 billion via 754 deals in venture capital funding. The Big Four—Nigeria, South Africa, Kenya, and Egypt—accounted for 80% of the total amount raised and 76% of the deals.

A report published in March 2021 by the United Nations (UN) Panel of Experts on Libya stated that a drone had been used to “hunt down and remotely engage” soldiers who are believed to have been loyal to Libya’s General Khalifa Haftar. This case revisits the conversation on the ethics of using drones in military attacks. How reliable is the technology behind drones, and what could be the implication of a malfunction or error?

Apple has sold over a billion smartphones (iPhones), yet they account for less than 10% of the smartphone market in Nigeria. In March, the announcement of the appointment of Teju Ajani as Apple’s first-ever managing director for Nigeria is an indication of the tech giant’s interest in Nigeria.

After many years of complaints about the predatory tactics of digital lenders, regulators in Nigeria and Kenya began taking steps to curtail it.  A Nigerian regulator imposed a ₦10 million naira ($18,000) fine on Soko Lending company and the Kenyan government recently put a law in place to curtail the excesses of digital lenders.

Eight years after Apple launched Apple Pay, its payment and digital wallet system, the tech giant finally brought it to Africa, with its launch in South Africa this year. This launch came three years after Samsung launched its Samsung Pay in South Africa. This move speaks of Apple’s intention to increase its penetration in sub-Saharan Africa where the adoption of digital payments has increased since the start of the pandemic.

In June, Ghana started its first fully digital national census—the first ever in West Africa. The country’s last census was in 2010, and it put the population at 24.6 million. The country has, every 10 years since 1981, conducted the Population and Housing Census (PHC) but was forced to postpone the 2020 census due to the outbreak of the COVID-19 pandemic

On October 25, Nigeria became the first country in Africa, and one of the first in the world, to introduce a digital currency. Developed by Barbados-based fintech company Bitt Inc., the eNaira is a legal tender just like the naira. According to the country’s central bank, it must be accepted by all merchants and business outlets as a form of payment in Nigeria. The digital currency is expected to boost cross-border trade and financial inclusion, make transactions more efficient as well as improve monetary policy.

In August, Senegalese-born Khaby Lame became the second person ever to hit and cross the 100-million-followers mark on TikTok.  Lame, a 21-year-old former factory worker living in Italy on a Senegalese passport, has crafted a comedic brand that has resonated around the world by putting so-called life hacks or complicated  manoeuvres through the lens of intuitive everyday options.

For a long while, there have been questions about when Amazon will kick off operations in Africa. Well, Amazon answered that question this year. First, it affirmed its commitment to Egypt by replacing Souq.com as Amazon’s selling platform in the country with Amazon.eg. This announcement also came with the inauguration of an Amazon fulfilment centre in Egypt. There was also the announcement of Amazon’s controversial African headquarters in South Africa.

This year saw a number of companies being acquired, most of them for undisclosed amounts. MainOne, a West African data centre and connectivity solutions provider, was acquired by Equinix for $320 million.

In May 2021, Ethio telecom launched its own mobile money service, TeleBirr, to cater for the 115 million people in Africa’s third most populous country. Two months after its launch, TeleBirr reported that it has gained six million users. The new service is expected to make a difference in Ethiopia where the banking system is seen as inefficient, with only 19 commercial banks serving the entire population.

Wave, a spinoff from Asia- and Africa-focused remittance company Sendwave, raised $200 million in a Series A round to become the first unicorn from the French-speaking region of Africa. Why Wave? The startup’s low-cost transaction service has helped it take on incumbents, eat into their market share, and turn the entire mobile money industry on its head.

The Nigerian government suspended Twitter’s operations in June, following the social media platform’s decision to delete a tweet by Buhari, which it said breached the site’s rules. The state’s decision to ban Twitter has since then triggered widespread criticism as online-based businesses recorded huge losses; lawsuits; and national assembly hearings meant to probe the circumstances leading to the ban.

alsoug, the largest digital marketplace in Sudan, raised a $5 million investment round co-led by Egyptian fintech unicorn, Fawry, and a “wider consortium of Western venture capital firms”. This investment marked the first foreign venture capital investment into the Sudanese tech ecosystem since international sanctions on the country were lifted in 2020, following a 30-year isolation period.

Visa partnered with the International Bank of Somalia (IBS Bank) to launch Somalia’s first Visa card payment service. This came six years after Mastercard became the first international payment network to enter the Somalia market. This partnership is an important indicator that Somalia, a country that had no formal banking or financial system since the collapse of its government in 1991, has been making serious headway towards reawakening the pulse of its financial entities.

In May, Ethiopia awarded its first telecom licence to a consortium made up of Vodafone, Nairobi-based Safaricom Ltd, CDC Group Plc, and Sumitomo Corp. The next month,  Ethiopia launched a tendering process for the proposed sell-off of a 40% stake in the state-owned Ethio Telecom to private investors. These actions are all parts of the government’s broader plan to open up the economy.

In April 2021 social media giant Twitter announced Ghana as its choice for an African headquarters. The move came as a surprise to some who expected it to be Nigeria, a country with more Twitter users and a larger population overall. Twitter cleared the air by stating that its reasons for choosing Ghana were because the country was a “supporter of free speech, online freedom, and the Open Internet”.

There are a total of eight tech unicorns in Africa right now, with five of them—Flutterwave, Andela, ChipperCash, Wave, and Opay—attaining this status in 2021. Notably, fintech is having its moment as the majority of the unicorns are fintechs. The other companies that attained unicorn status before this year are Interswitch, Jumia, and Fawry.