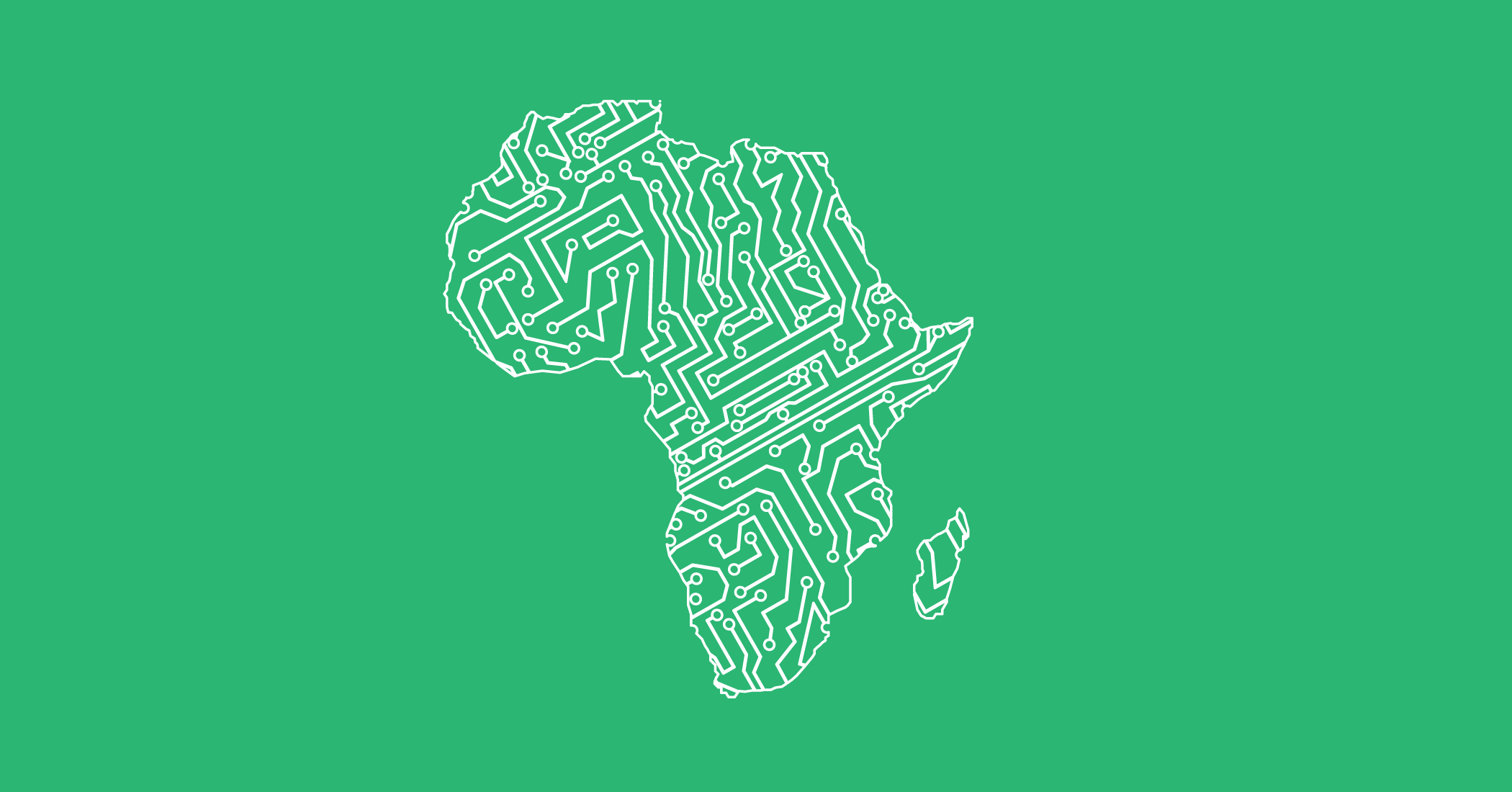 In August, former Kenyan president, Uhuru Kenyatta, announced the addition of computer programming as a subject in its primary and secondary schools curricula. This announcement was well received because computer programming teaches children to experiment and gives them the confidence to be creative. It’s also seen as a move to ensure that Kenya continues to maintain its place as one of the hotbeds for digital innovation on the continent.

The South African Department of Education made a similar announcement earlier in the year about introducing coding and robotics to schools.

Across Africa regulation is seen as an essential tool required to foster innovation. This has led to a clamour for supporting regulation for the tech ecosystem through startup acts. A startup act is a legal and institutional framework for the advancement of startups in a country. It helps to create an environment that encourages the formation, growth, and operation of startups within a country.

In December 2019, Senegal became the second African nation to enact a national startup act, following Tunisia’s landmark bill that passed in April 2018.  This year Nigeria and DRC joined that list of African countries that have startup acts.

Over 10 African countries, including Kenya, Rwanda, Ghana, and Ethiopia, are still in the process of drafting their startup bills.

Bitcoin has gained worldwide popularity and use in the past decade—with global adoption growing by 2,300% since 2019 and 103 countries allowing crypto trading. (Governments and regulators worldwide are still debating its safety.)

In April, the Central African Republic (CAR) became the first African country to make bitcoin legal tender, and the second country in the world after El Salvador. This means that bitcoin must be accepted as payment alongside the Central African CFA franc.

Closely related to this, South Africa’s Financial Sector Conduct Authority (FSCA), through the Financial Advisory and Intermediary Services (FAIS) Act, in October declared that cryptocurrency assets are classified as financial products, allowing them to be regulated.

Layoffs are a common occurrence during an economic downturn and African startup employees weren’t exempt from experiencing them this year.

Data from layoffs.fyi, a crowdsourced database of tech layoffs, shows that 1,495 tech companies have sacked 246,267 employees since the onset of COVID-19. Over 50,000 of such layoffs happened in 2022, with at least over 1,000 tech workers in Africa laid off.

The layoffs started with Egyptian mobility startup Swvl laying off about 400 people in May. Startups such as Twiga foods, Quidax, Vendease, 54 Gene, Sendy and many more also carried out a similar exercise, attributing it to the economic downturn.

Nigerian startups were under scrutiny by Kenyan Government agencies, particularly the Central Bank of Kenya and its Asset Recovery Agency (ARA), over allegations of card fraud and international money laundering.

A number of these fintech companies such as Flutterwave, Kora Pay and Kandon have been cleared of these fraud charges.

The jury is still out on how much exactly African startups raised in 2022, but from all indicators, it’s close to what was raised last year. Over $4 billion has been raised so far in 2022 according to the Big Deal.

While there was no unicorn minted this year, a number of notable investment deals were made. Tanzanian startup, Ramani, raised a $32 million Series A, the largest Series A ever from the country; Wasoko (formerly Sokowatch), closed a $125 million Series B at a $625 million valuation;  Algerian Yassir raised $150m Series B;  Nigerian Fintech TeamApt raised $50 million; and Congo-based crypto startup Jambo raised $37.5 million cumulatively this year.

In the past 12 months, the popularity of the Metaverse has soared with many companies making a play into the space through patents or experiments carried out.

In February, after its rebrand Africa’s largest telco MTN bought 144 plots of digital land in the Africarare metaverse Ubuntuland for an undisclosed sum, becoming the first African company to do so. Later in the year, Nedbank and South African retail Game, also followed suit.

For long 5G has been touted to revolutionise the connectivity space; some analysts predict that 5G will add an additional $2.2 trillion to Africa’s economy by 2034.  This has led many African countries to begin trials with Gabon starting as early as 2019, but few have commercially launched 5G. This can be largely attributed to challenges around spectrum regulation clarity, commercial viability, and deployment deadlines.

This year MTN launched its 5G services across Nigeria and Zambia in the fourth quarter. Orange also launched 5G in Botswana. These commercial launches are a positive step forward as the continent battles with low citizen purchasing power of 5G-enabled smartphones and expensive internet.

A physical presence speaks volumes of an organisation’s commitment to a country. This year a number of global tech companies set up their first African offices.

In March, Microsoft opened a new African Development Centre at Ikoyi, Lagos. The centre, which is a $100 million investment by the multi-billion dollar firm, is where software engineering solutions are expected to be provided to Africa.

In April, Google announced its first African development centre in Nairobi. The centre is expected to help create transformative products and services for people in Africa.

In April, Visa opened its first African innovation studio in Kenya. This facility will serve the sub-Saharan Africa region and joins a network of innovation centres operated by Visa since 2016, in cities including London, Dubai, and Singapore. The Nairobi studio is the first in Africa and sixth globally.

In July, Bolt launched its first African headquarters in Nairobi, a regional hub for the seven African countries in which Bolt is operational—Kenya, Uganda, Tanzania, Nigeria, Ghana, South Africa, and Tunisia.

In April, Techstars announced the launch of the ARM Labs Lagos Techstars Accelerator Programme focused on helping fintech and proptech startups with products that serve an African audience.

The announcement signified a break from the five-year hiatus the accelerator with over $500 million assets under management (AUM) had taken in Africa. Techstars earlier ran an accelerator programme in South Africa from 2016 to 2017, in partnership with Barclays Bank where they invested in 21 startups, out of which three have been acquired, five have gone out of business, and 13 are still running.

Since getting listed, however, Swvl’s valuation has crashed, and the startup is now valued at less than $40 million.

At the start of the year, Oracle, the world’s largest database management company, opened its first cloud region (a cluster of data centres) in Africa. Other global cloud and database service providers followed suit later in the year.

In October, Google declared its intention to establish the first African Google Cloud region in South Africa. Amazon Web Services (AWS) in November opened its first office in Lagos, Nigeria, five years after its first office in Johannesburg was opened in 2017. In December, Liquid Intelligent Technologies officially launched operations in Nigeria, having earlier expanded to Zambia in August.

Amazon’s Prime Video has been strategically expanding its Nigerian content offering in the last few years, but this year pushed more aggressively with marketing and offering Nigerians the opportunity to pay for the service in local currency, the naira. Prime Video was previously unavailable to Nigerians, as many had to use VPNs to access it.

In January, the company struck a multi-year exclusive licensing deal with Anthill Studios, a Lagos-based company behind a couple of well-received movies including Elevator Baby and Day of Destiny. A year ago, it closed a similar deal with Inkblot Studios which produced the commercially successful The Wedding Party films.

Recently, Nigerian Highlife singer, Flavour, was reported to have signed an exclusive deal with the streamers for the release of a biopic.

The entry of new players to the African VOD scene also means there were some exits. Video Play, a video streaming service launched by Vodacom in August 2015, was shut down in July 2022.

The services had over 1 million downloads on the Google Play Store alone and was made recently free. The company had in 2019 secured the rights to live-stream the English FA Cup on the service as well as securing rights to broadcast American film production studio company Metro-Goldwyn-Mayer (MGM)’s content in 2020.

Equiano, a subsea internet cable running through Portugal to South Africa, arrived in Africa in 2022. The cable runs through Togo, Nigeria, Namibia, and South Africa. It’s expected to become operational this month.

The project, which is named after Nigerian-born writer and abolitionist Olaudah Equiano, is expected to help support further digital transformation on the continent and accelerate economic growth with GDPs of Nigeria expected to rise by $10.1 billion, South Africa $7 billion and $260 million in Namibia.

At 45,000km, 2Africa Pearls is the world’s largest subsea internet cable and is set to connect 33 locations at 46 locations across Africa, Europe, and Asia once it’s complete. In December, the cable landed in Cape Town. The 2Africa project aims to provide Africa with better internet access.

Launched by Meta in May 2020, the 2Africa project is done in collaboration with MTN, Orange, Vodafone, and China Mobile. Unlike Equiano, the 2Africa cable will eventually encircle the entire African continent, with the first part of the system scheduled to go live next year.

After more than five years in operation, Meta shut down Express Wi-Fi, a programme designed to provide low-cost internet in developing countries through partnerships with local communities, mobile operators, and businesses. The Express Wi-Fi program was operational in countries such as  Nigeria, the Democratic Republic of Congo, Nigeria, Kenya, Côte d’Ivoire, Zambia, Cameroon, Ghana, Zimbabwe, Madagascar, South Africa, and Uganda.

In addition to layoffs and the economic downturn, scandals rocked the booming African tech ecosystem in 2022.

This year saw a number of tech startup CEOs being challenged for misconduct.

In March 2022, the alleged toxic behaviour of Ebunoluwa Okunbanjo, Bento Africa CEO, was exposed after a series of interviews with former and current employees. In light of these revelations, Okunbanjo was asked to step aside from the company for a few months by the board of directors. He later returned to the helm of the company as CEO.

In April, Flutterwave CEO Olugbenga Agboola was in the spotlight for a myriad of allegations ranging from harassment to insider trading, based on different revelations. Flutterwave has denied these allegations. Other notable startups that faced scandals include Egyptian B2B e-commerce Capiter, Kloud Commerce, Risevest, and Healthlane.

There’s been a rise in acquisition deals happening on the continent this year. In the first half of 2022, TechCabal tracked 26 acquisitions; meanwhile, in Q3 2022, we tracked 17. Some of these acquisitions are:

Zanzibar, a semi-autonomous island in East Africa, launched its plan to be Africa’s leading tech hub, through its Silicon Zanzibar project.

Led by the Zanzibar Ministry of Investment and Economic Development alongside several African tech companies, Silicon Zanzibar aims to attract technology firms and workers from across Africa and beyond. To lure tech companies, Zanzibar is dishing out work visas for relocating tech workers, something that has been problematic in mature markets like Nigeria, Kenya, Egypt, and South Africa.

Other incentives in the Zanzibar Free Economic Zone include exemption from corporate tax for 10 years.

In November, Africa’s largest wireless carrier, MTN Group announced that it sold its Afghanistan business to Beirut-based M1 New Ventures for $35 million as it continues to reduce its presence outside the continent.

This move is in line with MTN’s strategic priority, since 2020, of narrowing focus on its home continent. The group has earlier abandoned its Syrian business and transferred its Yemen unit to a partner. MTN remains present in Iran.